The origins of golf go right back to the fifteenth century in Scotland, and the fundamentals of the sport have remained pretty similar ever since. This is what makes golf so great: it can be played by people of all ages, it can be relatively inexpensive to get started, and the aim will always be the same – to get the ball in the holes in as few shots as possible. Nevertheless, golf isn’t a sport that stands still and it has embraced modern technology to make golf even better. Here are five ways that technology is changing golf for the better, on and off the course.

Perhaps few areas of golf have changed as much in golf in recent decades than the clubs themselves. The names remain the same, but thanks to modern technology the leading irons and woods are now very different beasts. Top club manufacturers such as Callaway are using the very cutting edge of technology to reduce drag and improve velocity and power. They’ve even called upon the expertise of Boeing engineers, so the same technology which is making our planes fly faster and for longer can also do the same for your golf balls.

Talking of golf balls, a newcomer to the sport might think that one ball will be pretty much the same as another,  but everyone who loves playing the game knows that this is far from true. Once again, the very latest computer-aided design is transforming the golf ball, allowing players of all abilities to hit drives longer and to achieve their desired spin on the ball more easily. One way the manufacturers achieve this is through using five layers within the ball, an innovation that has quickly gained ground among serious golfers since its appearance in 2009. The most cutting edge golf balls are also now adopting graphene technology, the super material which is incredibly thin yet incredibly strong and is set to change the world we live in.

Perhaps more than any other sport, in golf, practice makes perfect. For many decades this has meant heading to the driving range and putting greens, but launch monitors have changed all of that, allowing people to practice on their own property by driving golf balls into safety netting or a hitting bay and then following the path it would have taken on the monitor. This means you can easily track your shots in a real-life or simulated situation, so you can practice to your heart’s content even if the weather outside keeps you away from the course. There are even portable launch monitors which track the movement of your club, providing accurate analysis of your swing without the need for a ball.

Most golfers don’t have the advantage of a caddy to help them study the yardages and work out exactly how far they are from their intended target, but modern range finders are the next best thing. They may lack the human touch but they can give you yardage with more accuracy than a caddy ever could. By utilizing GPS and laser technology they provide a precision that also breeds confidence, and that’s half the battle when you’re taking on a golf course. They may not currently be allowed for competition golf, despite being great for practice rounds and games with friends, but the rules of golf are slowly but surely catching up with technological advances.

Golf is not only a great sport to play, and an excellent way to keep fit and get some fresh air, it’s a fantastic sport to watch too. Course design technology is improving sightlines for on-course spectators, and technology is also transforming viewing for the huge numbers who watch it on their television or online. Perhaps the most stunning example of this is the use of augmented reality for leading tournaments, being trialed currently by the PGA. This allows spectators to experience the thrill of the competition as if they were really there, as well as keeping them up to date with the latest scores and statistics.

Improved club and ball technology, range finders, and launch monitors continue to push the boundaries of what can be achieved in golf – whether you’re a Brooks Koepka or play off a handicap of 20. Advancing technology will continue to transform golf in ways we can’t even perceive yet, but the basics of the game will remain the same and it will always be a great way to spend your time.

5 Uber Driver Tips to Know Before You Start Driving 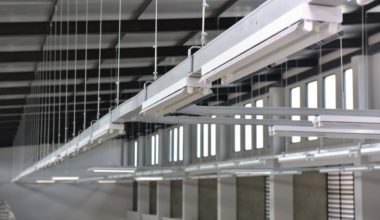 Read More
Over the past few decades, there has been a lot of commotion regarding the state of our medical…