More than 600,000 people get locked up every day. Most of those people have to find a way to make bail or they can’t walk free.

If you find yourself in a position where you have to post bail, it’s important to fully understand your financial options. Without a clear idea of your options, you might have to sit in jail for a long time.

We’re going to talk about bail bonds today, giving you some insight into how they work, what they are, and what your options are for bail bond services.

First Things First: What is Bail?

Bail is an amount of money determined by a judge that a person must pay in order to be released from jail before their court date. So, if your bail is posted at $5,000, you can pay the fee so that you’re able to roam freely before you go to trial or get sentencing.

Fortunately, bail is sort of like collateral. You get the money back when you do end up showing up for your court date. Individuals don’t always have to pay bail, though.

In some instances, judges will waive bail fees depending on the individual case. For most nonviolent or petty crimes, bail gets set at around $500. As the case becomes more severe or the judge deems a person to be a “flight risk,” bail becomes more expensive.

A “flight risk” is someone who might not return to court after they post bail. It doesn’t mean it’s dangerous for these people to be on a plane.

In those cases, bail gets posted at an exorbitant rate to prevent the person from getting access to the appropriate funds.

On the other hand, using bail as a blanket method to treat all defendants is harmful. It prevents a lot of harmless (sometimes innocent) people from being with their families. Instead, they’re locked in jail and can’t be there to support their loved ones.

Without access to significant amounts of money, a person cannot post bail. This creates a privilege toward wealthy people in a judicial system that’s supposed to be objective and honest.

Fortunately, there are some ways for individuals to get access to money in their time of need. The most prominent and popular way for people to do that is by using bail bond services.

What Are Bail Bonds?

Bail bonds are loans given in the amount of your bail cost. In these situations, you might be expected to give some initial down payment or collateral to the lender.

If you don’t have much in the way of collateral or down payments, you might be expected to use deeds to your property or valuables that outmatch the cost of the bond.

The bail bond gets you out of jail, and you’re expected to create a payment plan to repay the loan. It’s always best if you can repay the loan as soon as possible, but you can stretch plans out for a long time if you need to. The tricky thing is, bail bonds tend to have fairly significant interest rates.

Note that there are numerous payment structures you might experience. Some companies will charge flat rates in addition to the interest on your loan. If you do have that obstacle, odds are that the rate will be around 10 percent of the total value of the bail.

You’ll also find that a lot of bail bondsmen don’t charge any interest on the bail. You’re just required to pay the flat rate plus the 10 percent charge.

There are probably a number of different bail bond options in your area as well, so it’s important to work through your options before you make a choice. You could save thousands of dollars if you take some time to weigh the pros and cons of different companies.

Take a look at Bail 2 GO as a good example of a bail company you’d want to work with.

What Happens When You’re Refused a Bond?

There are situations where the bail bond company won’t want to offer bail to you. After all, they take on a measure of financial risk when they lend you money. If you don’t pay them back, they don’t make any money out of the situation.

In fact, they lose a significant amount of money if you flee or fail to repay them. As a result, they can be picky with the individuals they lend to. There are some methods they use to mitigate their risk as well.

For example, using a property as legal collateral is one of the main ways they mitigate risk. If you fail to pay, they get your house or car. The same could be true for family heirlooms, jewelry, and other valuables.

If you can’t get a particular bond from a company, you might be able to get bonds at smaller amounts from multiple companies.

There are a few types of bail bonds. The key types are surety bonds and property bonds. A surety bond is backed by insurance companies that work with the bail bondsmen. Property bonds are those that use the property as collateral for repayment. 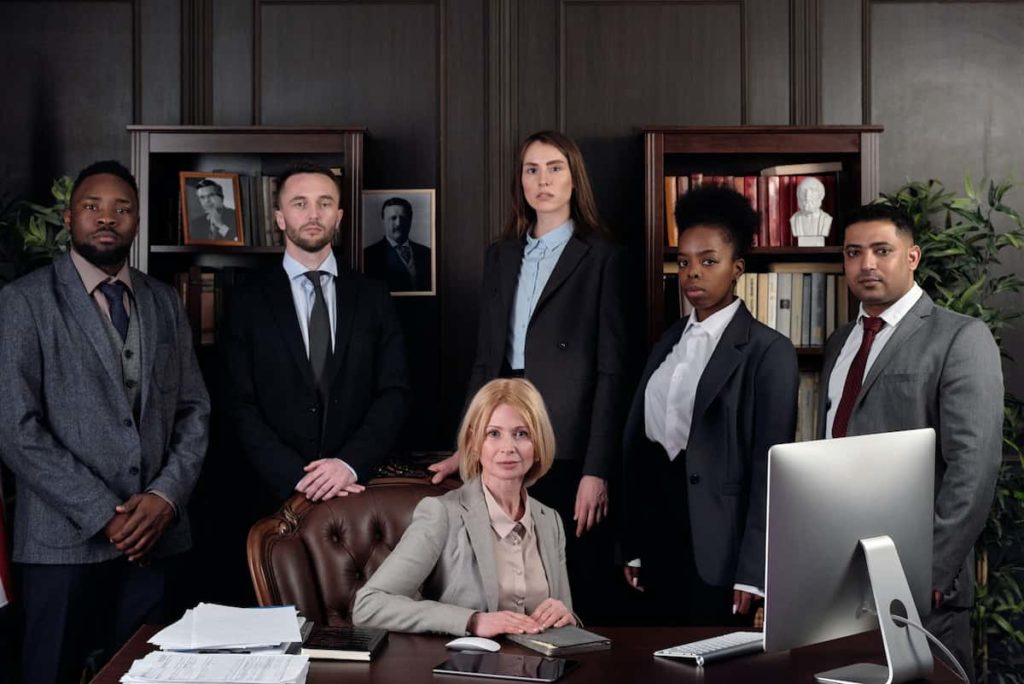 If your court-appointed lawyer isn’t doing the trick for you, you might need to work with another lawyer. A good legal team should be able to reduce the amount of bail you need to pay.

That might not be possible in some situations, but there’s always a chance that your lawyer could negotiate to reduce your bail. This is especially true if there are miscommunications about your case or the judge has the wrong impression of you.

Your lawyer should be able to speak the truth to the court and adjust the price of the bond when it’s justified. At the very least, it’s worth having a consultation with a lawyer to see if reducing your bond is even possible.

If you can get your bail worked down, you’ll have a better shot at qualifying for a bail bond. There’ll be less risk to lend to you, so the companies in your area will have more reason to take give you their money.

One way to increase your chance of getting a bond is to ask your friends or family to cosign for you or offer collateral. This is a tricky thing to navigate, though.

Financial agreements between friends and family tend to be the most disastrous in the long run. Disasters happen for a number of reasons. For one, people in close relationships are more likely to hand their money over without a clear agreement in place.

A contract is a legitimate way to ensure that you’re bound to one another financially. When there are no rules or guidelines in place, it’s easy for the borrowing party to get loose with their repayment. They might keep pushing payments off or prioritize other things.

You think, “they won’t mind if I wait another month because they’re my friend.” After a while, the miscommunication is taken as disrespect and the relationship starts to unravel.

So, if you’re thinking about asking your friends or family to vouch for you or offer collateral, there are a few things you should keep in mind.

1. Make Sure You Can Pay Them Back

Make sure that you have a way to pay them back in a reasonable amount of time. Whether you’ve got a job or you have some savings that you could use to chip away at the fee, ensure that there’s something.

If you don’t have a job and you there aren’t foreseeable ways to get repayment money, don’t make the promise of repayment. Talk with your friend or family member and make sure they understand your financial situation.

Allow them to make the decision of whether to help you in that case.

When it comes time, make sure that you sign a contract or agreement with the person. Even if they’re your best friend in the world and you’d never do anything to hurt them, sign an agreement.

It’s a sign of respect to do so. It’s not an insult or an indication that there’s a lack of trust between the two of you. Relationships get ruined when there’s miscommunication about large amounts of money.

An agreement keeps both of you in check and reminds you that you have a serious obligation to this person.

3. Weigh The Pros and Cons of Using Collateral

Another thing to think about is the value of what’s put up for collateral. Imagine that your best friend inherited a house from her late mother. Her late father built the house and both parents lived in the home until the day they died.

When they went, it was their deepest wish to pass the home on to their daughter so that she could raise a family there.

Now imagine that your friend needs to use her home as collateral to get your bail bond. If you don’t post bail, you have to sit in jail for 3 months.

You’re pretty sure that you’ve got a decent check coming in for the foreseeable future but you’re not sure what your boss will think about your brush with the law. There’s a little risk there, and you could lose your job when your boss finds out.

Your friend is between jobs, so she can’t make the payments if you aren’t able to. What should you do?

Should you sit in jail for 3 months or risk your friend’s family’s home? Only you and your friend can answer that, but it’s certainly worth thinking deeply about.

4. Remember That You Get The Bail Back

Keep in mind that you’re not paying the full bail price for your freedom. You’re paying 10 percent of the price of bail back to the bail bondsman. The court returns the full bail amount if you show up to your court appointment.

That can sweeten the pot when it comes to talking with friends and family. If they have a misunderstanding about bail prices, they might think that you’re asking them for $50,000 when you’re really only asking for $5,000. It’s still a significant amount of money, but it’s not as life-changing as it might seem to be.

You lose it all, and your friends and family are left to pick up the pieces. Not to mention that you get a much heavier sentence. There will most likely be significant fines added to your bill as well.

Are You Having Legal Issues? 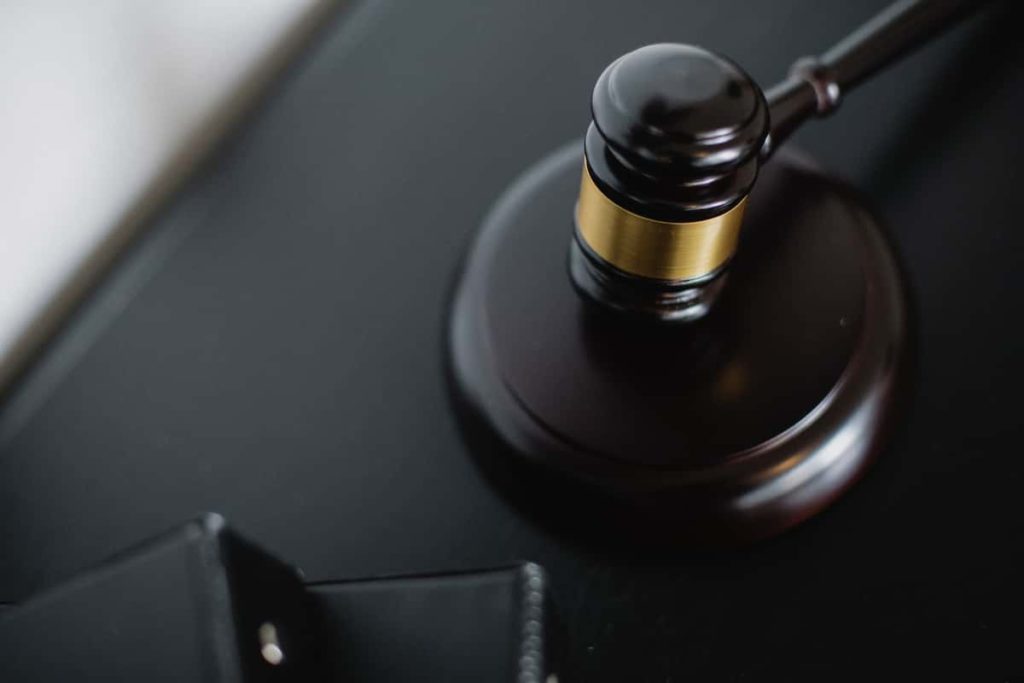 Hopefully, our look at bail bonds was useful to you as you work through your situation. There’s a lot more to learn about your bail bond options, though. We’re here to help you explore the information you need to fully understand different legal situations.

The Types of Car Accidents: A Comprehensive Guide 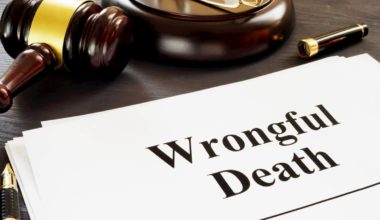 Read More
Table of Contents What is a Wrongful Death Lawsuit?Who Can File a Claim?DamagesWho Can Be Sued?What Has to…
LLife Style 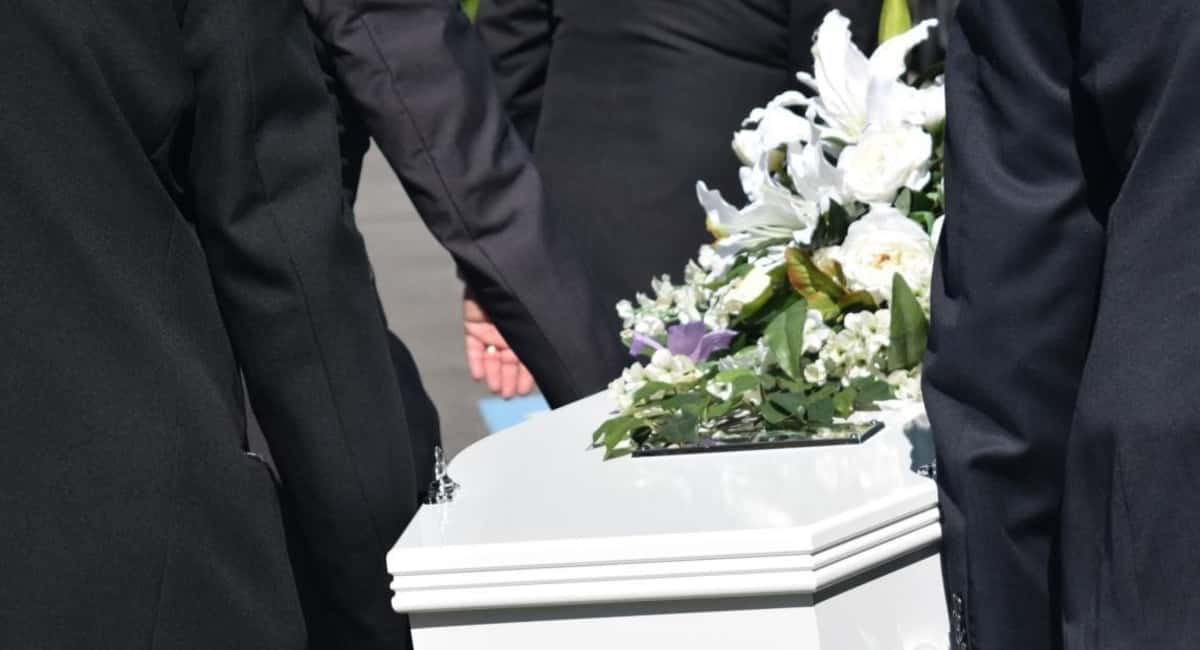