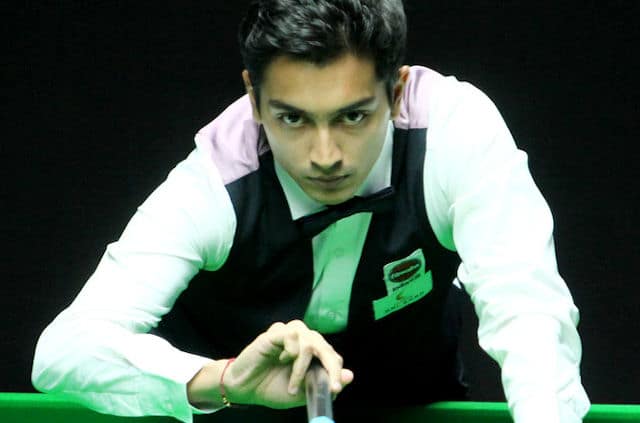 Aditya Mehta Reached The Semi Final Of Indian Snooker First time in a history of India.

Mehta Indian Snooker Player age of 27 beat Pankaj Advani another Indian player and reached the Semi final of the match.

He won the match with 4-3 and defeat Panjaj Advani and now he is going to fight with Stephen Maguire who is on the 5th number of Snooker player.

In Semi finial run William defeated Anthony McGill with 4-0 score and in the other ring Ding beat Neil Robertson with 4-2 .

On reaching the Semi Final Mehta shared his feelings as “A couple of years ago, no-one would have imagined that an Indian player could win a ranking title, but now I’m only two matches away,”

Mehta told us that if he will win this match then he will change the history of Indian open. He want to be the first Indian to won the trophy not the semi final only

On playing with Pankaj Advani he was in great under pressure but he keep himself cool and won the challaging game. Both players have reached at this spot of the tournament after nail biting moments of the match.

Read More
Table of Contents Hit the Pool: 8 Reasons Your Office Needs a Pool Table1. Gives Your Eyes a…
SSports

Read More
The stocks tend to have soared above 2½ times to their lows in March 2009, and party appears…