Exquisite Animals: 4 Beautiful Cat That Looks Like a Cheetah

Cats have been one of the beloved domestic pets among home-owners alongside dogs. Many prefer cats over dogs as they do not require much space and are able to take care of themselves unlike the latter. With videos on the internet of people keeping tigers, cheetahs, and lions as pets being uploaded every now and then, a lot of home-owners have started longing for a cat that looks like a cheetah but is small in size.

Cats may have been criticized for not being loyal in the animal kingdom, however, it depends on the breed of cat you get. Certain breeds of cats will stay by your side for the rest of their lives thus removing the misconception. Talking about breeds, let’s quickly go over breeds of the cat before we introduce a new category of cat that looks like a cheetah.

Considered carnivorous, cats come in two categories; wild and domesticated. Tigers, leopards, jaguars, panthers, cheetahs, and so on are referred to as wild cats. While on the other hand, Persian, Shorthair, Siamese, Punchface, and more are commonly known as domestic cats.

The International Cat Association (TICA) has updated its list of cat breeds in 2019 and has stated that there are a total of 71 standardized breeds. The number of cat breeds also depends on the organization as some classify different Persian colored cats as a separate breed on their own.

Fun Fact: You must have heard of the domestic short-hair cats right? Well, they are considered, in the United States, to be the most common breed of cats found in people’s homes.

Cheetoh is an absolutely beautiful cat, and with one look at them, you’ll instantly realize that it is a cat that looks like a cheetah. Cheetoh is the largest breed of domesticated cats.

Cheetoh cat is the result of crossing an Ocicat and a Bengal cat. The breeding happened during 2001 by Carol Drymon who wanted a species of cat that would demonstrate physical traits of a wild cat while having the personality of a domesticated pet cat. The cross-breeding was successful, however, among the cats resembling the looks of a cheetah, Cheetoh is considered to be the rarest of them all.

Cheetoh Cats are fun-loving and most active, so you’ll definitely find them jumping on your cabinet, in the kitchen, and everywhere else. When they’re done with their plays, Cheetoh cats will head to their owners and willingly snuggle with the family members making them a gentle feline. They are very friendly, talkative, and also social, so be prepared to hear quite a bit of noise around the house. Cheetoh cats develop a strong bond with humans due to their curiosity.

Cheetoh cats are great pets if you have a large family. Considering how active they are, it’s only fitting for them to be in a place where there are more interactions. Their curiosity will keep them engaged and also happy throughout their lifetime. Cheetoh cats behave like dogs which makes it very easy for home-owners to train them. 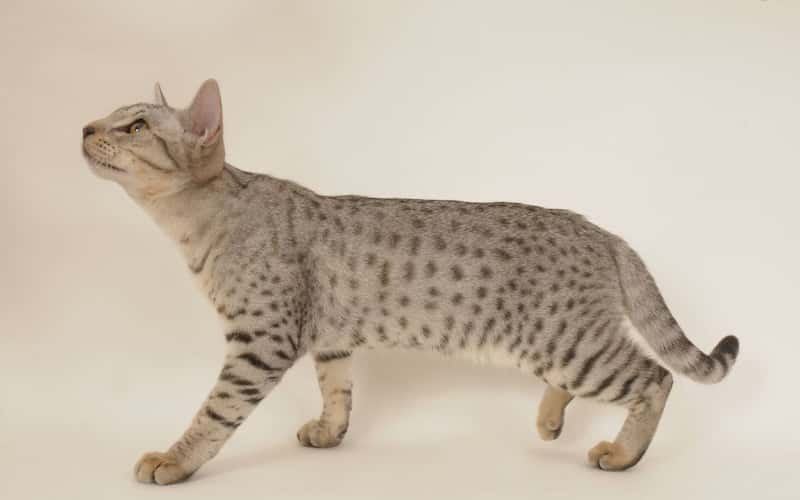 Ocicat cats are any cat lover’s dream who wishes to have a cat that looks like a cheetah with spots on its fur and the perfect size.

Ocicat came out of an experiment that aimed at creating a different breed of Siamese cats. After breeding a siamese cat with a siamese female cat to create a siamese, the experiment resulted in a chocolate point siamese in 1964. The breeding was taken further with the offspring, however this time the result was different with an ivory cat that looks like a cheetah due to its gold spots. The resemblance to the Ocelot is where this cat got its name from, Ocicat. This breeding process led to the creation of many Ocicats with variations by adding shorthair in the breeding process.

As we mentioned above, many people have this misconception that cats are unfriendly, however, with the Ocicat it is a completely opposite story. Ocicats are known to be confident and enjoy meeting new people. This makes them very out-going cats.

Ocicats are said to make great travel companions as they are sociable and they are not best suited to staying at home. You definitely need to be around this feline to give it comfort and give the cat some company.

Savannah cat is a gorgeous breed of cat that looks like a cheetah and has the muscles to back it up. These cats although small in size resemble a cheetah due to their long muscular body.

Savannah cats are a cross between a female domestic cat and a small African wild cat. The breeding process started in 1986 by Kelly and Sroufe who even created an entire standard for the new breed of cats. TICA recognized the savannah breed in 2012.

Highly intelligent and very curious, the savannah cat may not be for everyone. These feline creatures require copious amounts of patience to deal with as their energy levels are usually through the roof. Their curious nature and active lifestyle will have you running from one place to another giving it attention. The cat’s intelligence comes to play when it will notice certain things that attract your attention, so you might see the cat do those kinds of things more often.

Savannah cats are somewhat of a prankster. They would climb hard-to-reach places so that you can’t get to them and start throwing things from there, perhaps knocking a photo frame, a vase, and so on. The cat does a lot of climbing hence having tall cat trees in the houses and perches can keep it occupied for a bit. They do share your bed during sleep time and you might even find them snuggling up to you. Only get savannahs if you have the time to look after them.

The Serengeti cat is a remarkable creation by humans and is a medium to large breed. Its structure is large boned yet it is one of the most elegant breeds. The cat has long legs, round-tipped ears, and a small face.

A cross between Bengal cat and an oriental shorthair, the Serengeti cat breeding program was started in 1994 by biologist Karen Sausman. The program is still undergoing with the aim of the cat to look identical to a serval cat however without any traits found in wild cats. They come in snow spotted variety which currently has not been recognized by TICA. The Bengal cats used to breed Serengeti does not have any associations with the wild as they have been removed many generations from their origins.

Serengeti cats are said to be the most domesticated cat breeds from this list due to the fact that this breed has zero affiliations with wild cats as explained earlier. The cat exudes self-confidence and is a highly friendly breed. The cat doesn’t shy away from showing affection to humans, especially its owners. The cat does require mental stimulation hence keeping toys around the house can keep the cat entertained. It is definitely an indoor cat and will not probably survive in the wild.

Visit our blog to learn more about cats, their species, their food habits, their health, and other crucial factors.

These Are the Benefits of Getting Sober 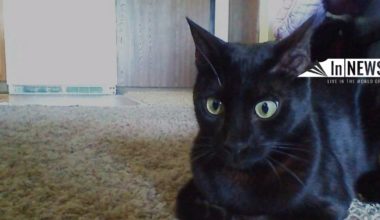