How Can We Reduce Our Reliance on Fossil Fuels?

The burning of fossil fuels, such as coal, oil, and natural gas, has an extremely negative impact on our environment. This process leads to the release of harmful chemicals into the atmosphere and the acceleration of climate change, which itself is a huge threat to all species on Earth.

However, despite the fact that these dangers are well-known, the vast majority of energy consumption in the United States comes from fossil fuels, and renewable, eco-friendly energy sources remain underdeveloped and underutilized. So, what can the average person do about this? Here are some ideas to help you reduce your reliance on fossil fuels and send a message to the government about transitioning to cleaner energy sources. It may seem impossible for you to influence these policies on renewable energy usage, but remember that you can have a say through your vote. If you care about the environment, make sure you vote for politicians who support renewable energy and promise to invest more in this technology. This is an extremely simple yet effective tip. By turning off devices when they aren’t being used and ensuring that lights are always turned off when you aren’t in a room, you can save so much electricity over time, thus reducing your usage of energy generated by fossil fuels. Not only is this more eco-friendly, but you can also save a lot of money on your energy bills, so it’s a win-win situation!

In addition to turning off devices when they aren’t in use, you can buy energy-saving devices for your home to reduce your reliance on fossil fuels even further. For example, you could purchase LED lights, which use 80% less energy than traditional bulbs, and energy-saving appliances such as refrigerators and washing machines, which will usually have a sticker to indicate their energy efficiency.

Cars produce a huge amount of pollution in our atmosphere due to the combustion of gasoline. It’s difficult to avoid driving a car completely as we need to travel in our day-to-day lives, but you can reduce your environmental impact considerably if you use public transportation instead where possible, as this will reduce the overall number of vehicles on the road. By recycling everything you can, you’ll reduce the demand for new products (which are often made using fossil fuels) and also reduce the amount of waste sent to landfills. Reusing and donating items will have the same effect.

Anyone can make a difference in the fight against climate change. If you want to reduce your reliance on fossil fuels and help the planet, make sure you remember these important tips.

How To Choose The Best Clinical Trial Software

You'll Be Surprised With These 9 Online Business Growth Strategies 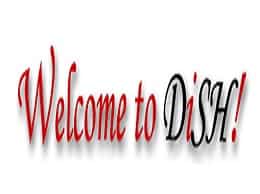 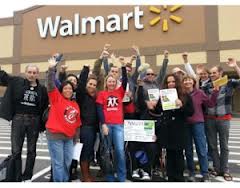 Read More
Numerous people hope to connect themselves or be associated with some of the great leading companies. Especially when…