Any visitor to New Zealand will quickly become aware of the Māori influence on the country. Their culture and language pervade the society of New Zealand and is one of the attractions for tourists. The Māori people are uniquely different and add a dimension to the country that is appreciated by visitors to the islands. As a Southland native, Russell Jack grew up very close to Māori culture, so in this article, he gives you an intro into the world of Māori people.

Russell Herbert Jack is a yoga and mindfulness teacher. He grew up surrounded by the beautiful nature of Southland, NZ. From a young age, he learned to practice spirituality, the vegan lifestyle, and living in sync with nature. He was always curious about the culture and history of the island, especially Māori influence on New Zealand.

Here are the step by step by sharing

About the Māori People

The Māori people are the indigenous group of Polynesians that live in mainland New Zealand. They came to New Zealand from eastern Polynesia and have since developed their own culture, language, and customs.

Māori religious beliefs originate back to their Polynesian roots. However, when the Europeans arrived in New Zealand, they pushed Christianity on them. Today, most Māori people are Presbyterian, Mormon, or are part of Māori sects of Christianity. Even though their religion has evolved, a lot of Māori people still observe some of the traditional parts of their religion. For example, they believe that there are certain areas and objects that are spiritually restricted. In order for them to become unrestricted, there needs to be ceremonial action. Some examples of that are taking your shoes off before entering a house, this shows respect to the Māori ancestors or doing a purification ceremony on freshly caught fish.

A big part of the Māori culture is the dancing and performing arts, just like with a lot of Polynesian cultures. The traditional Māori performance art is called Kapa haka. It is made up of dance, song, rhythmic movements,  chants. The history of Kapa haka stretches back to when warriors of opposing tribes would meet for purposes of peace.

The official language is called “Māori”, also known as “te reo”. There is conflicting information about the number of known speakers.

The Māori culture and customs are still alive and practiced to this day. At Māori gatherings, there is chanting, action songs, and hongi: a greeting by pressing noses together. The Māori people cook their food in earth ovens called haangi. The earth oven is lined with hot stones and aluminum foil. Māori people cook fish, chicken, and vegetables, among other things inside of the haangi. Māori people still build their traditional carved houses which typically in modern-day, are used for meeting centers and holding ceremonies.

To this day, the Māori people are still highly prevalent in New Zealand. They make up more than 14% of the entire population, making them the country’s second-largest ethnic group. About 90% of the Māori population lives on New Zealand’s North Island. They also have a presence on the South Island.

The Māori people have a noticeable representation in New Zealand rugby and netball teams. 20% of New Zealand’s athletes that competed in the 2016 Summer Olympics were Māori. Due to the popularity of Māori in sports, a lot of New Zealand sports teams pay tribute to the Māori culture. They do this by performing a traditional Māori performance match before international matches.

The traditional art of tattooing the Māori culture is called “Tā moko”. Each Māori tattoo is unique as they represent each person’s genealogy, knowledge, and social status within their tribe. Moko is often done on a Māori person’s face as a statement of their identity.

Hopefully, the article by Russell Jack, a Southland native, uncovered interesting details about the Māori people of New Zealand, who have played a major role in the country’s development. They are still shaping the culture, language, and arts to this day.

Slime. How It Was Invented And How To Make It Yourself

On the Move: How to Deal with Ants Quickly in Your Home 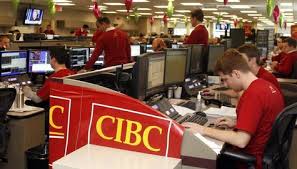 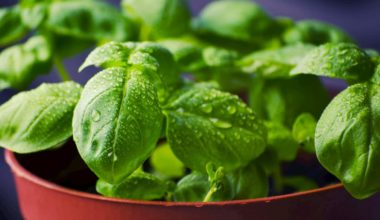