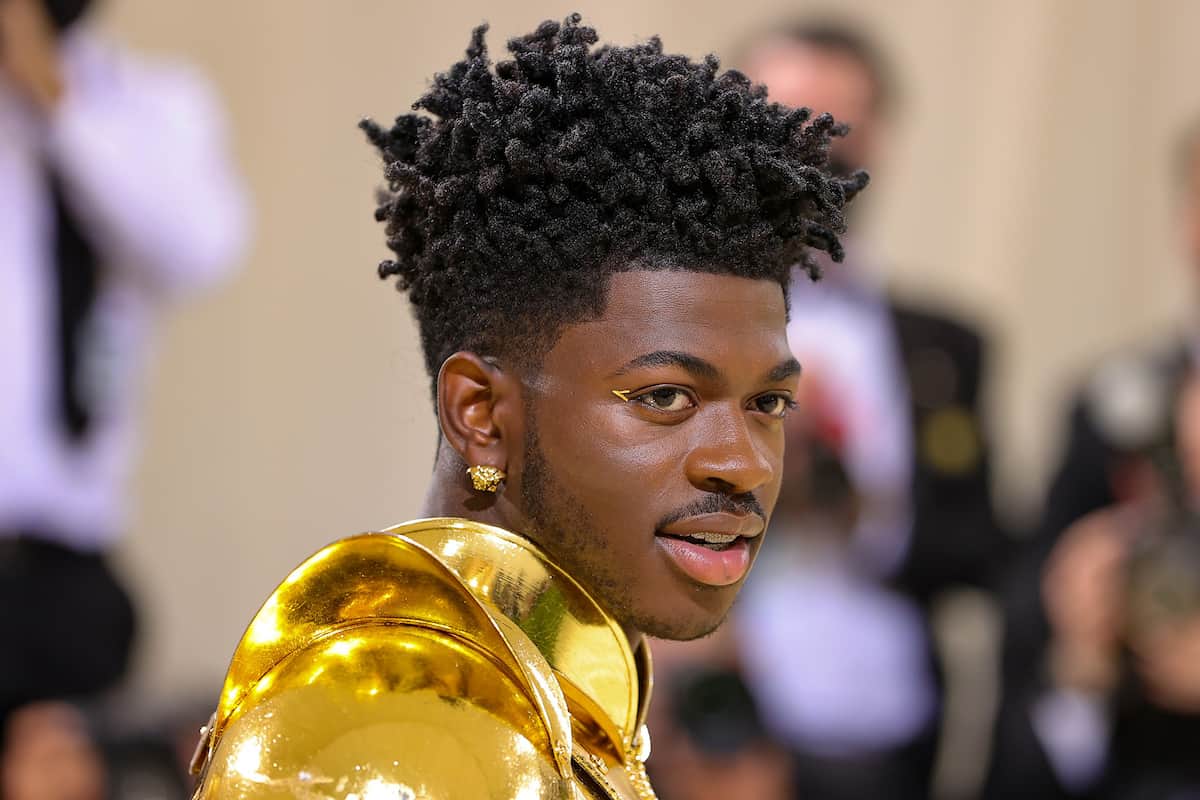 Lil Nas X Net Worth: How much money has Lil Nas made? – The secret allures everyone’s mind.

You’ve come here because you are interested in the young rapper Lil Nas X Net Worth, aren’t you?

Actually, in recent years, Lil Nas X has swept the music industry by storm. The young rapper has accomplished numerous feats that other musicians can only dream of, and 2021 may be his most successful year yet. Fans are anxious to discover everything they can about him as his debut album, Montero, is set to be released in September 2021. Given his enormous success, fans are also curious to know how much Lil Nas x net worth is. Currently, according to Forbes’30 under 30 list for 2020, Lil Nas X’s net worth is about $14 million. But that figure is projected to skyrocket by the end of 2021 with the Montero era.

Not only Lil Nas X Net Worth, but fans are also eager to learn more about Lil Nas. So, in this article, I will highlight several additional facts about him, including:

A quick summary section is also included at the end of the discussion and some Common questions are answered. 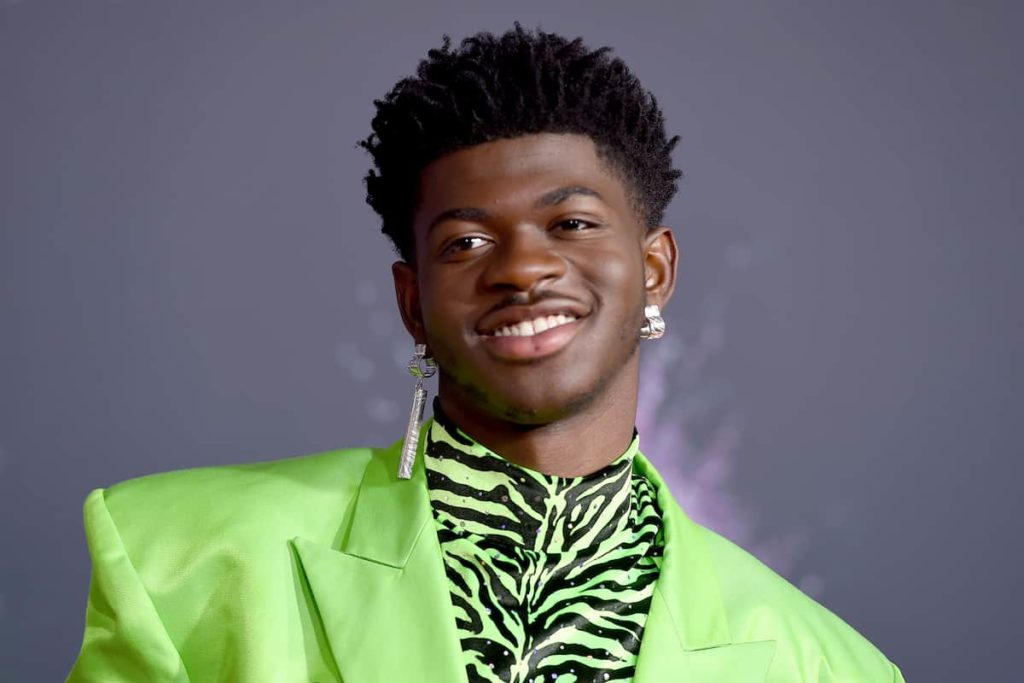 Only Lil Nas X and his accountant know his true net worth. I can only speculate based on publicly available information and his YouTube results and subscription.

Although his career is infantile, Lil Nas X has a long list of successes. He is only 22 years old and with his earth-shattering smash “Old Town Road,” the rapper holds the record for the longest-running number-one single on the Billboard Hot 100 list. Following the release of his big hit, “Old Town Road,” Lil Nas X started to make money hand over fist. “Old Town Road” was just designated the highest certified song in RIAA history, with sales of 15 million in the US and another four million abroad.”

As previously said, Lil Nas X Net Worth is $14 million, which is expected to skyrocket at the end of 2021. How did this viral talent accumulate so much money in such a short period? Let’s take a look at the breakdown to visualize Lil Nas X Net Worth.

With only one album under his belt, Nas X has already established a successful music career.

Lil Nas X rose to stardom thanks to the “Old Town Road” song.

It wasn’t until 2018 that the online icon began dabbling in music. Lil Nas X began recording music in 2018 with tracks he frequently purchased online. Nas X paid $30 to a Dutch producer named YoungKio for the beat that would become his classic debut single, “Old Town Road.”The producer originally offered the song for sale on an online marketplace that pays out hefty royalties to producers.

“Old Town Road” altered several facets of the music industry as we know it in 2019. With over 10 million copies sold, it broke Mariah Carey and Boyz II Men’s record for the longest-running number-one single on the Billboard Hot 100 chart.

Nas X recorded the original tune near his home in Atlanta, and it instantly became a TikTok hit. Both the original and the iconic Billy Ray Cyrus remix of the song landed at No.1 on the Billboard Hot 100. It has now been certified as a diamond, indicating that it has been platinum 14 times.

Lil Nas X received the most Grammy nominations for male artists in 2020. He was named Best Music Video and Best Pop Duo Performance winner. That year, he also won two MTV Video Music Awards and a Country Music Association Award. It was a worldwide smash hit and remains one of the most popular songs of all time. So, this song was the catalyst to skyrocket Lil Nas X Net Worth.

The debut EP:7 by Lil Nas X contains eight songs. The album also features the popular songs “Rodeo” and “Panini,” and the original version of “Old Town Road” and its Billy Ray Cyrus remix.“Rodeo,” which had two different versions with rappers Cardi B and Nas, reached number 22 on the Billboard Hot 100 in the United States.“Panini,” on the other hand, reached number 5 on the charts. The album was nominated for Album of the Year at the 2020 Grammy Awards, cementing Lil Nas X’s status as a major artist.

Lil Nas X released “Holiday,” which was a Christmas-themed rap tune, after 7. His sartorial sense and imagination are on display in the legendary music video, which features him as Santa Claus. Lil Nas X collaborated with Roblox to create a virtual concert experience to promote his single “Holiday.” He played several songs as a huge avatar of himself during the show. According to The Verge, 33 million people watched the concert. So, this is enough for becoming Lil Nas X Net Worth skyscraper.

“MONTERO (Call Me By Your Name)”

Later, on September 17, 2021, Lil Nas X’s debut studio album Montero was released. Lil Nas X captioned it: “SURPRISE! I can’t believe I’m finally announcing this. My little bundle of joy “MONTERO” is due September 17, 2021.”The album, which is named after Lil Nas X’s first name, was initially revealed in 2019.

He has received critical recognition for “Industry Baby,” a song off his debut album, Montero. The song reached No.2 on the Billboard Hot 100 chart. Nas X has won three VMAs for “Montero (Call Me By Your Name)” thus far in 2021: Video of the Year, Best Direction, and Best Visual Effects.

In 2021, the album’s title, cover image, and tracklist were revealed. Montero was accompanied by four singles: the lead song “Montero (Call Me by Your Name),” which reached number one on the Billboard Hot 100, as well as “Sun Goes Down,” “Industry Baby,” and “That’s What I Want.”

After the release of Lil Nas X Montero, I anticipate that Lil Nas X Net Worth at the end of 2021 will exceed all expectations.

The announcement of Montero by Lil Nas X, which included a phony pregnancy hoax barely a week before the album’s release, stunned the public. Despite the outcry, the rapper went on to publish a video of himself giving birth to his album while in labor at a hospital. 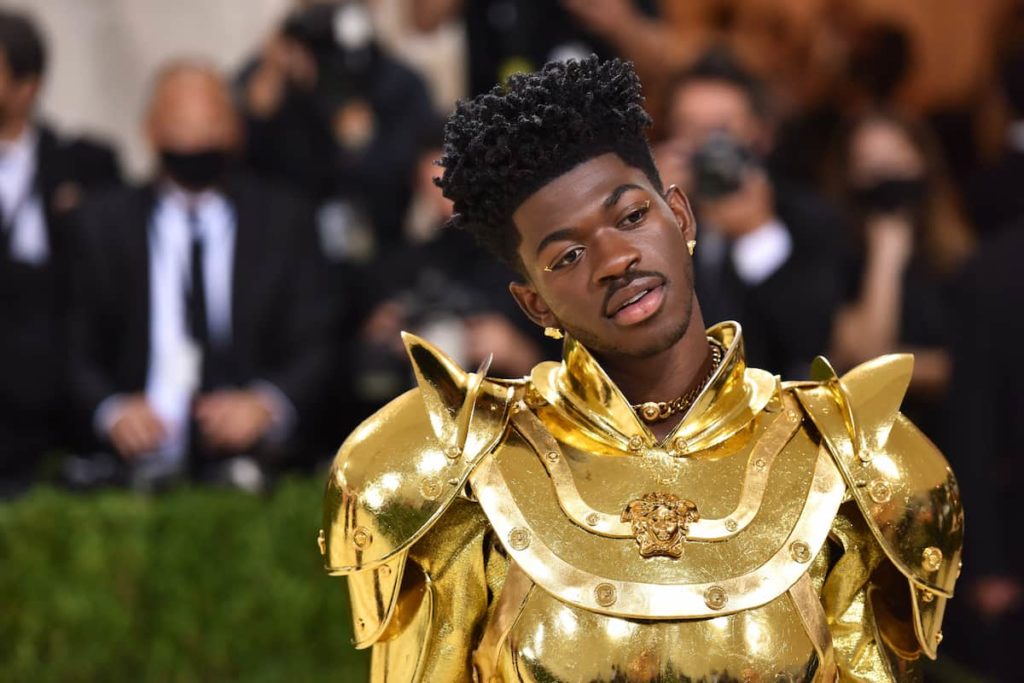 Before entering the music industry, Nax X got his start on social media. Nas X now has a massive Instagram and Twitter following of 10.5 million and 7 million, respectively, allowing him to work with sponsors on paid ad posts. On his YouTube channel, he has almost 13.1 million subscribers. His songs and videos, which have millions of views, account for the majority of his profits. So, now it’s not surprising that Lil Nas X Net Worth skyrocketed at a very early age, right? 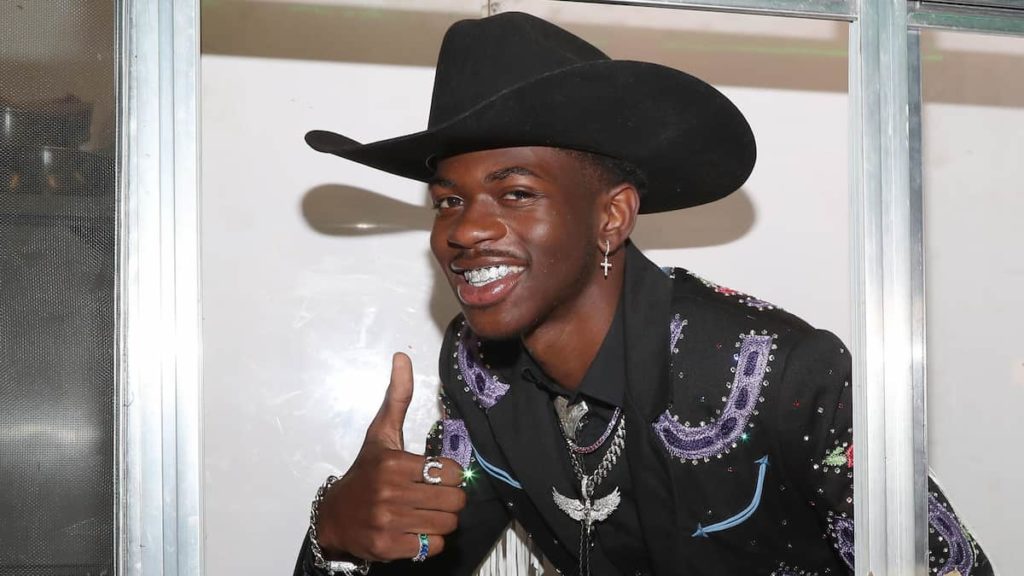 His stage name is a tribute to the rapper Nas and he was named by his parents after the Mitsubishi Montero. He was born on April 9th of 1999 in Lithia Springs, Georgia, and raised in Atlanta’s Bankhead Courts.

Three years later, after Lil Nas X Parents’ divorce, he moved with his father to Austell, Georgia and he was then 9 years old. Later, he said that relocating to a different city helped him avoid “getting in with the wrong crowd.”

Lil Nas X’s mother is said to be a drug addict. He told Variety that he had previously tried unsuccessfully to get her into treatment and that his mother was seen begging for money on the streets.

“I never really talk about my mom. She’s an addict so we don’t have the closest relationship. Even trying to get her better – things didn’t quite work out. But there’s still love.”

Fans of Lil Nass X are curious about his married life. They are often concerned with the question, is Lil Nas X married?

Lil Nas X is not Married. But, before answering, is Lil Nas X married or not, I need to talk about his sexuality. During his youth, he struggled with accepting his sexuality. Accepting that he might be gay was difficult for him, and he had thought his feelings were only a phase. Around the age of 17, he came to terms with his sexuality and was able to move forward with his life.

Lil Nas X came out as gay in public in early 2019. On the last day of Pride Month, he announced it on social media. For quite some time, fans and critics suspected that he was truly homosexual, as several of his songs had hints about his sexuality. In an interview a few days later, he made it apparent that he was gay. Nas X made history when he became the first person to come out as gay while having a number-one single.

He graduated from Lithia Springs High school in 2017. He majored in computer science at the University of West Georgia for one year before dropping out. He focused on a career in music during this time, and he supported himself by working in restaurants and theme parks. 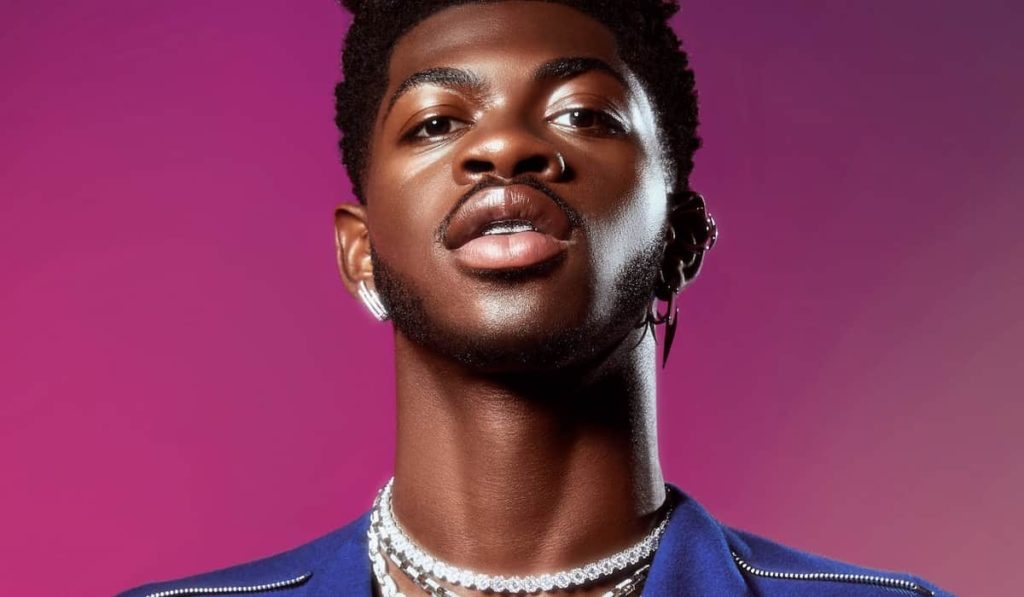 6. Album: In They Feelings

So, what does it all add up to? Now it is understandable by anyone how Lil Nas X net worth is 14 million dollars. But it is based on the Forbes Magazine report published in 2020. Significant growth is expected by the end of 2021 with the release of “Montero” and his future albums.

Although Lil Nas X is still young and does not have a large discography, it is apparent that he has a bright career ahead of him and that “Old Town Road” was not a one-hit-wonder. His ability to strike a balance between his social media presence and his famous position is admirable, and it’s something that many celebrities should learn from. We should expect to see him a lot more in the future. 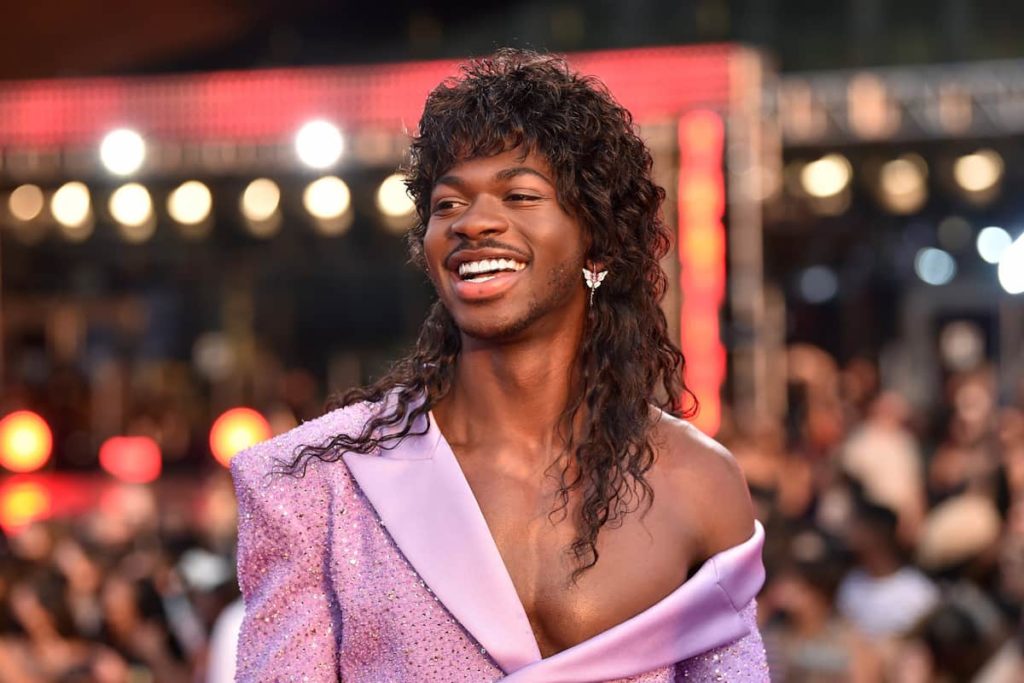 In 2021, the Georgia-born rapper, Lil Nas X net worth is expected to be more than $14 million (£10.2 million). His songs and videos, which have millions of views, account for the majority of his profits.

2. How Do Rappers Have So Much Money?

Montero Lamar Hill, better known by his stage moniker Lil Nas X, shot to prominence swiftly owing to the social media app TikTok. After going viral on TikTok in the form of a challenge, the 22-year-old singer topped the music charts in 2019 with his omnipresent single “Old Town Road” featuring Billy Ray Cyrus.

4. Why Is Lil Nas X Montero (Call Me By Your Name) Controversial?

The song has sparked debate since its premiere, partly due to the religious imagery in the video. Right-wing critics chastised Lil Nas X for incorporating sequences from the Garden of Eden in which he performed a lap dance with the devil.

5. Are Lil NAS And NAS Related?

Nas and Lil Nas X are not related in any way. Since he began rapping, Lil Nas X has gone by the nickname “Lil Nas,” adding the “X” at the end when he saw his potential in the rap industry was growing.

Get To Know The Complex Systems In Your Body 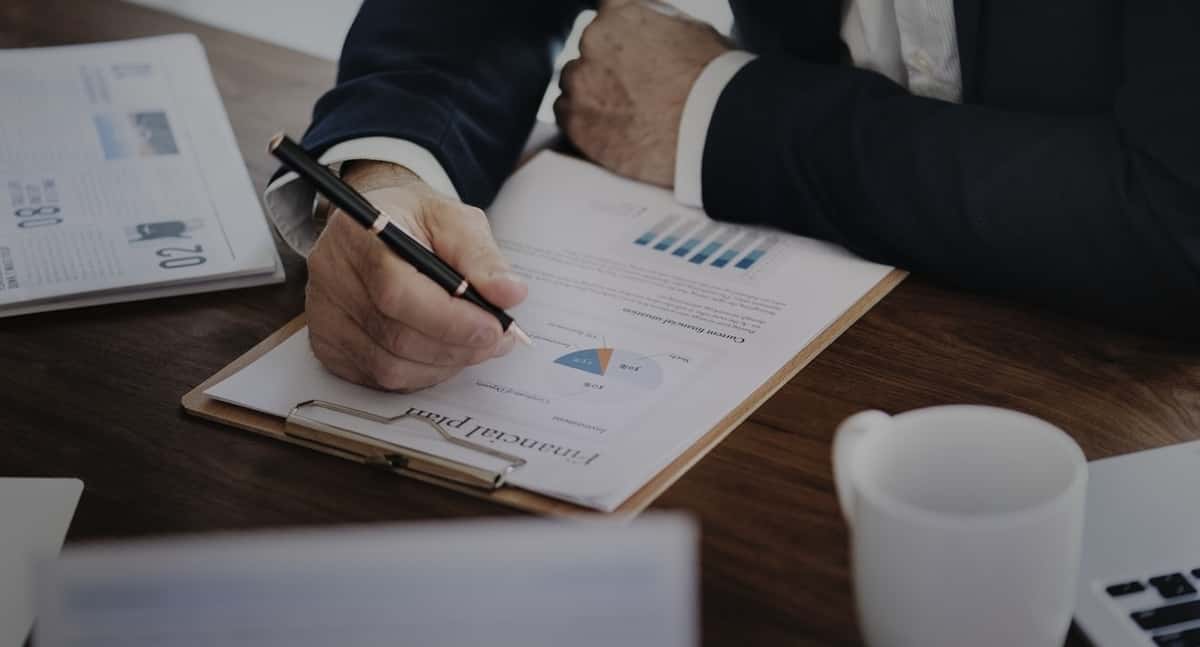 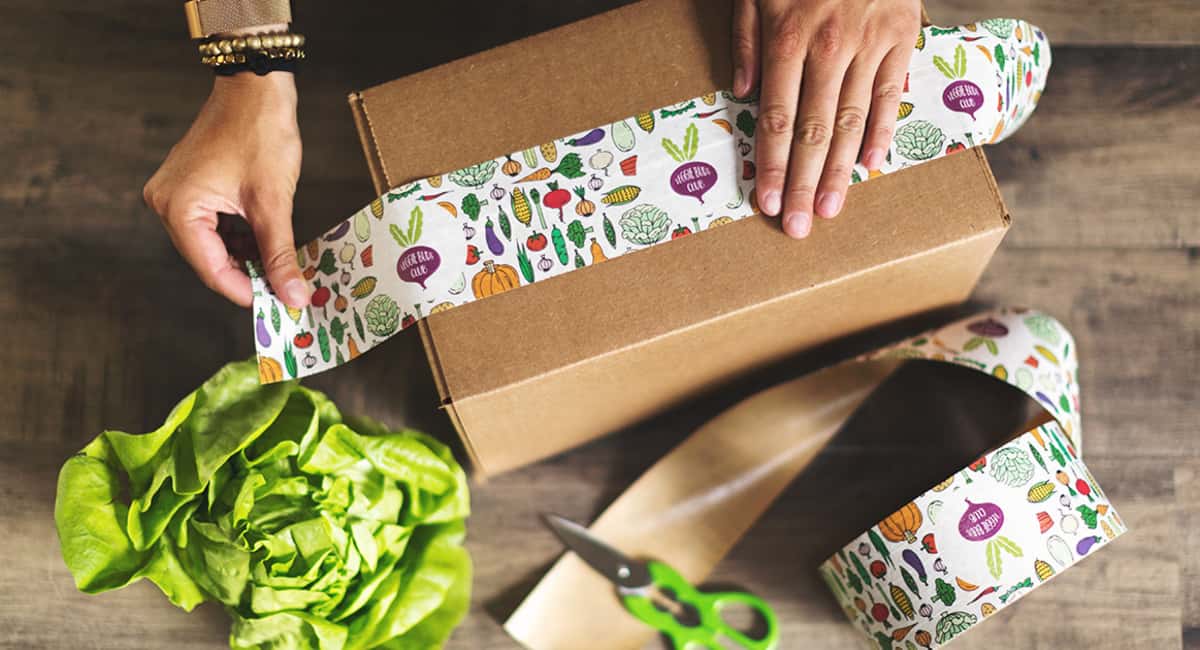