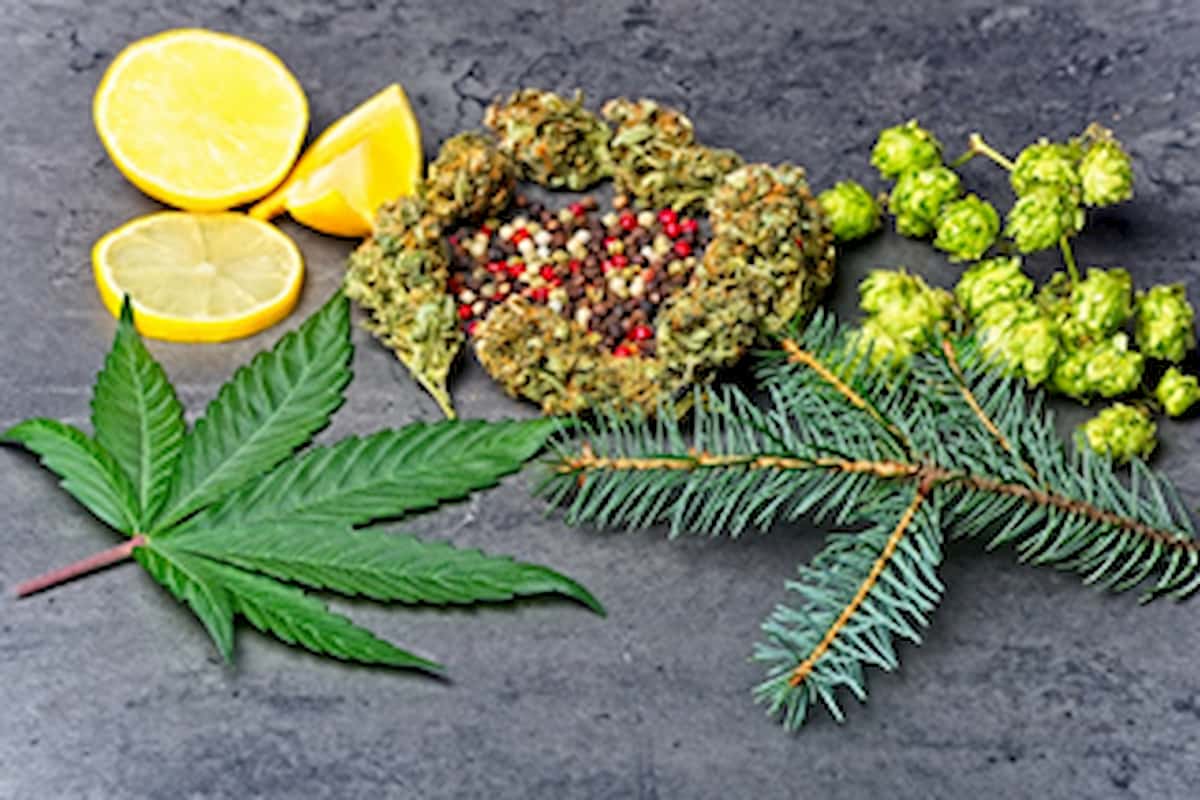 Everything You Need to Know About Cannabis Terpenes

By now, you probably know a bit about the major benefits of cannabis. Not only does the cannabis plant provide a sustainable solution for textiles and plastics and produce nutritionally dense seeds, but the plant contains a wealth of distinct compounds that can have positive effects on the body and brain.

Most likely, when you think of unique compounds within cannabis, you think of cannabinoids — and you aren’t wrong to do so. Cannabinoids like THC and CBD have been shown to offer an effective treatment for dozens of unmanageable health conditions, like HIV, chronic pain, epilepsy and more. However, there is another type of compound within cannabis that could be valuable in health applications but which almost no one, even regular marijuana users, know much about: terpenes.

When you smell lavender, sage, citrus and peppermint, you are breathing in distinct aromatic oils emitted by these plants. These aromatic oils are terpenes, and they are present in abundance in cannabis, too.

In cannabis, terpenes are produced in the same place as cannabinoids, in the glandular trichromes that appear like frosting on the outside of unfertilized female cannabis flowers. Researchers have identified over 100 terpenes in the cannabis plant, with most strains having a unique terpene composition. For instance, the Blueberry strain smells remarkably like berries, Sour Diesel smells like gasoline, and Cheese smells like, well, funky cheese. Each of these strains has its own configuration of terpenes that result in its characteristic aroma and flavor.

In chemistry, terpenes are hydrocarbons, meaning they are molecules that consist only of hydrogen, oxygen and carbon. Hydrocarbons can undergo the process of oxidation, or the loss of electrons which fundamentally alters molecular structure. For terpenes, this means that they transform into terpenoids, which are much easier for the body to process and use to its benefit.

What Do Terpenes Do?

When present on a living plant, terpenes have very specific functions. For instance, they might attract beneficial creatures, like bees, to a plant’s flowers to assist in pollination and the spread of seeds. Terpenes might also function as pest control, driving away unwanted creatures that might do harm to the plant.

However, terpenes also seem to have an impact on mental and physical health. Though research on terpenes isn’t copious, as yet, there are some promising studies that indicate the power of aromatherapy, which relies on terpenes. Different terpenes seem to have different effects on mood; for instance, the terpene linalool seems to have a calming effect while the terpene pinene aids in alertness. Studies on people submerged in a high-terpene environment, like Japanese shinrun-yoku, indicate that terpenes can have anti-inflammatory, anti-tumorigenic and neuroprotective effects, all of which are essential for maintaining good health.

What Terpenes Are in Cannabis? 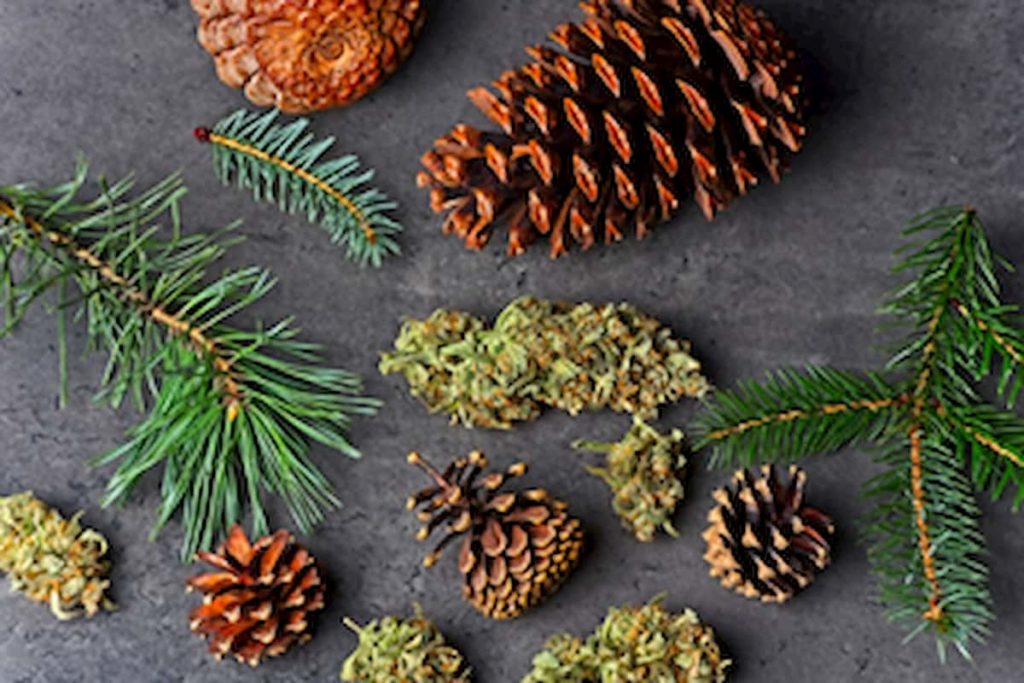 The terpenes in cannabis could be even more effective at impacting health thanks to a phenomenon called the Entourage Effect. While cannabinoids alone have potent mind-and-body effects, it is thought that cannabinoids combined with terpenes are even more therapeutically beneficial. As a result, some cannabis product developers are releasing concentrates that contain terpene blends. Driving this movement are some Oregon marijuana companies, but you should talk to budtenders in dispensaries in your area for more information.

As mentioned above, cannabis contains over 100 terpenes, but there are a few more dominant terpenes present in most strains. These include:

Using terpenes for their therapeutic effects is easy, as long as you can learn to identify terpenes by the aromas of different strains of marijuana. As is always true in cannabis culture, you shouldn’t be afraid to talk to budtenders, friends or anyone with more weed experience to guide your purchasing decisions and find the right strains for you 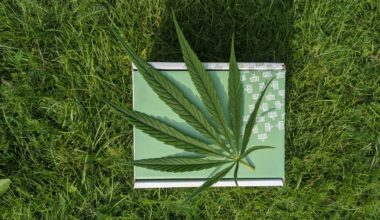 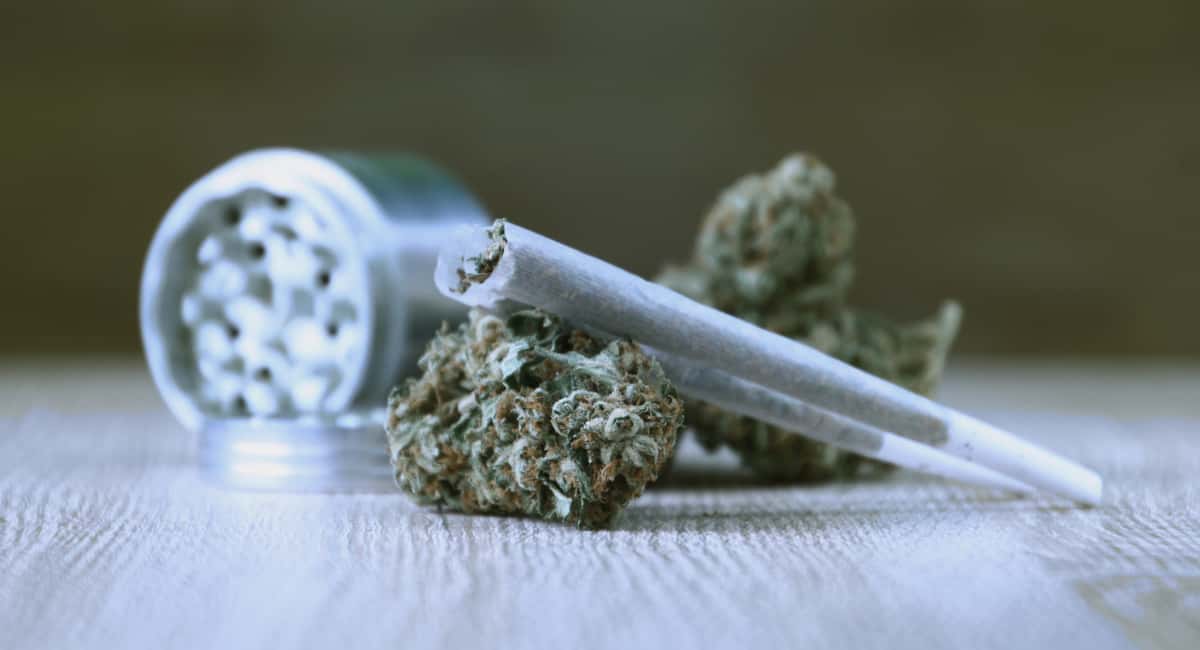 Read More
What are the safest investments in the cannabis industry? Take a look at this list of the best marijuana stocks to buy now for your business and investment.