Are There Any New Developments with Therapies for OCD and Depression?

Treatment resistance is particularly difficult to contend with. Based on analyses, OCD (obsessive-compulsive disorder) tends to be associated with a lifetime prevalence between 1% – 3%. More importantly, OCD has high comorbidity with other mental health disorders such as MDD (Major Depressive Disorder). This exacerbates the efficacy of traditional treatments and warrants the adoption of novel approaches.

Various strategies have been adopted to treat OCD and manage the disorder successfully. These include pharmacological and psychotherapeutic approaches. The introduction of medication, a.k.a., selective serotonin reuptake inhibitors (SSRIs) and serotonin and norepinephrine reuptake inhibitors (SNRIs), have been moderately effective as therapeutic measures for OCD. Other cutting-edge techniques utilized by treatment professionals include Exposure and Response Therapy (ERP) and Cognitive Behavioral Therapy (CBT).

Problems arise when these treatments fail to have the desired effect for treating OCD and depression. Since several patients do not achieve what is known as a ‘full response’ to the treatments, alternative options need to be considered. Doctors may suggest additional treatment options when patients have been prescribed medication and no response or partial responses are generated. These may include the ERP mentioned above and CBT. In addition, alternatives become a priority when patients do not respond favorably to medications (owing to side effects) and are opposed to surgical procedures. What New-Age Strategies Are Being Used To Treat OCD And Depression?

TMS therapy is a widely prescribed, well-tolerated therapy for treating various psychiatric and mental health conditions. With traditional TMS therapy (using a Figure-8 coil), patients undergo several weeks of treatment sessions lasting 10 – 20 minutes per session. This non-invasive, nonsurgical treatment does not require any incisions, anesthesia, or fasting. It is a completely outpatient procedure, and patients are awake during the session. No significant side effects occur with TMS treatment.

Deep TMS™ treatment is FDA-cleared for obsessive-compulsive disorder. It is highly effective, based on multiple clinical studies. Deep TMS™ utilizes a specially formulated H-Coil helmet that generates deeper penetrating magnetic waves to stimulate neural activity to achieve an adequate response over time. It is more targeted and effective than traditional TMS at achieving a therapeutic response for patients suffering from OCD and Major Depressive Disorder. Deep TMS™ has been extensively studied with its targeting the medial prefrontal cortex and the anterior cingulate cortex. For patients exhibiting resistance to traditional OCD and MDD treatment regimens, surgical procedures may be considered. The likes of DBS and ablative neurosurgical options in conjunction with cognitive behavioral therapy and medication are available. The studies are conclusive in terms of the specific procedures which can be conducted to treat these mental health conditions.

With DBS, electrodes are implanted into parts of the brain. These include the ventral striatum, the ventral capsule, the inferior thalamic peduncle, and the subthalamic nucleus. Regarding OCD and DBS treatment, a systematic review found that 60.6% of patients responded to less than 35% reduction in Y-BOCS. This was measured at the short-term follow-up. However, over the long term, the percentage of responders increased to 70.7% at greater than five years. Various treatment options have been introduced, notably nitrous oxide, pregabalin, nabilone, tolcapone, and psilocybin. These types of medications tend to have a neurostimulator effect. Therefore, these are being used as complementary treatment options alongside CBT, ERP, and surgical and nonsurgical treatments.

What Can a Background Check Include? 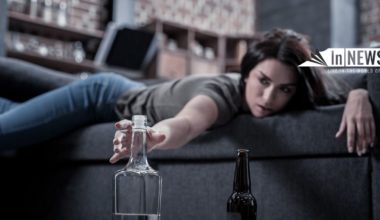 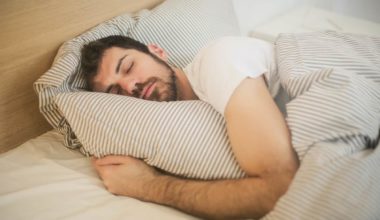 Read More
Table of Contents Why do we need to sleep?Sleeping and developmentThe brain and dreamsSleep and hormonesMost common sleep…