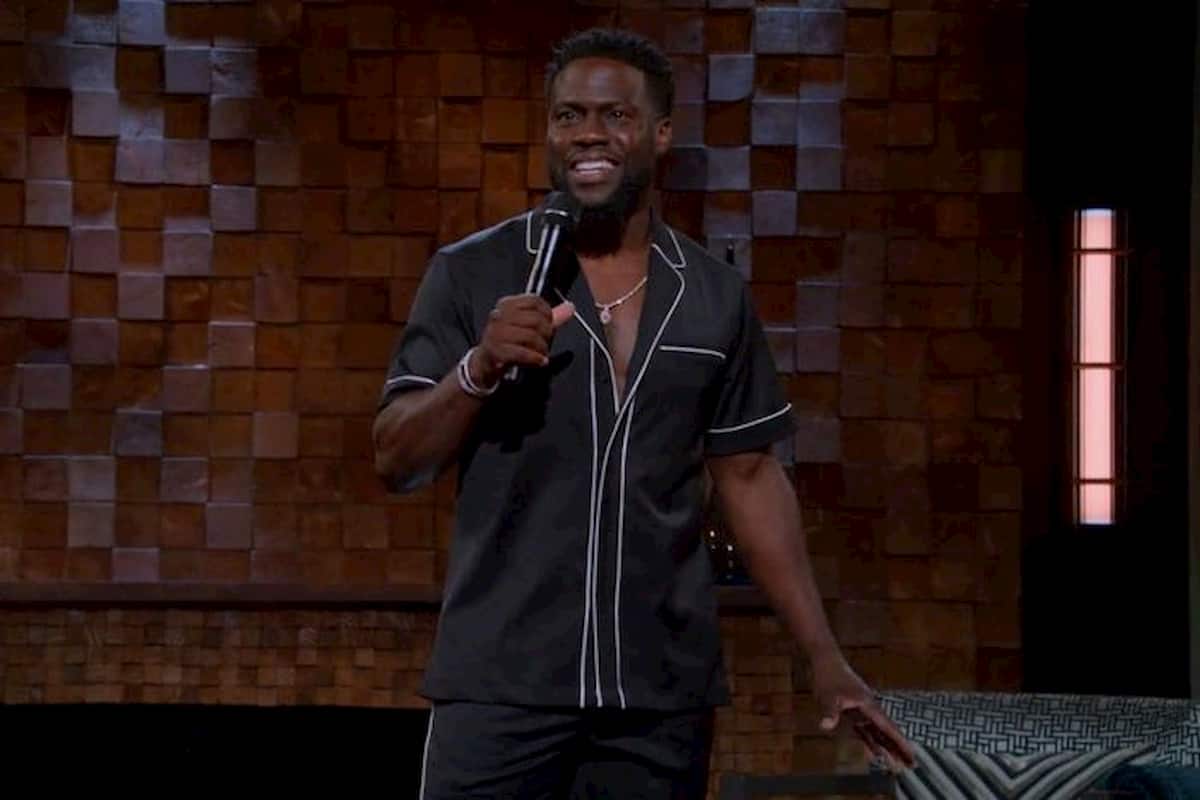 7 of Pennsylvania’s Most Famous Celebrities

Pennsylvania is home to some of the most popular and influential people in the country. They include successful actors and actresses, musicians, social activists, and models.

Born in 1989, Taylor lived with her parents in Pennsylvania during her childhood before they moved to Nashville where she started her music career. Over time, she became popular for both her music, love for fashion and activism.

In Tennessee, Taylor Swift signed with the label Big Machine Records, becoming the youngest artist to sign with the label. Her eponymous studio album became the longest-charting one in the 2000s. The single ‘Our Song’ further pushed her further into the spotlight.

Taylor Swift became a renowned country music singer by age 16. Her classic hits include ‘You Belong with Me’ and ‘Love Story.’ They appeal to both pop and country fans. Her early hits fueled the success of future albums including the Grammy-winning album ‘Fearless.’

Search for any list of millionaires in Pennsylvania and Kevin Hart almost always appear. The standup comedian and actor was born in 1979 in Philadelphia, Pennsylvania. He grew up in the city but moved to New York City for college.

After college, he worked as a salesman before working in comedy clubs full-time. At the start of his career, he won several amateur competitions at New England clubs. Kevin Hart got his first big break in 2001. He was cast for a role on the series ‘Undeclared.’ He soon landed roles in the films ‘Soul Plane,’ ‘Paper Soldiers,’ ‘Little Fockers,’ and ‘In the Mix.’

His first stand-up album ‘I am a Grown Little Man (2008), built his reputation as a great comedian. Later, he was featured in plenty of films including ‘Grudge Match, ‘Think Like a Man,’ ‘The Secret Life of Pets,’ and ‘Jumanji: The Next Level.’

Even though the funny man took a touring break in 2019, he released ‘Kevin Hart: Irresponsible’ on Netflix. He has also featured in lucrative sponsorships including Chase and Fabletics.

Sharon Stone is an American producer, actress, and former fashion model. She was born and raised in Meadville, a little town in Pennsylvania. Her mother was a homemaker and her father was a factory worker. When she was 15, she went to Edinboro State University to study creative writing and fine arts.

From being a part-time counter girl at McDonald’s, she became a Ford model in both print ads and TV commercials. She made her acting debut in 1980 after years of workouts to achieve her model figure. Sharon Stone played ‘Pretty Girl’ in ‘Train.’

However, she didn’t get her speaking part until 1981 in the horror movie ‘Deadly Blessing.’ She had her big break with ‘Total Recall’ in 1990. At 32, she posed nude for Playboy. The bold move spearheaded her career even further. She earned the sociopath novelist role in ‘Basic Instinct’ in 1992.

Over the years, she earned various nominations including the Best Actress on Golden Globe. She received her first Oscar and Golden Globe nomination in 1995.

All members of the R&B group, Boyz II Men are from Philadelphia. They are one of the most icon groups in music history. They redefined R&B and created lots of classics. Through their 25-year career, they have bagged four Grammy Awards, nine American Music awards, three Billboard Awards, and nine Soul Train awards. In 2011, the group won a MOBO Award for their Outstanding Contribution to Music, a Casino Entertainment Award, and a Hollywood Walk of Fame star. Having sold 64 million albums, Boyz II men are the best-selling R&B group.

Noam Chomsky was born in East Oak Lane, Philadelphia. He is famous for being a political activist, cognitive scientist, social critic, and philosopher. He is popularly referred to as ‘the father of modern linguistics.’ Chomsky was born to Hebrew Scholars in December 1928. His mother’s political ideologies influenced his interest in politics and social issues.

He went to Oak Lane County Day School and the Central High School of Philadelphia. Later, Chomsky enrolled in the University of Pennsylvania. Chomsky studied linguistic and philosophy and earned his bachelor’s and master’s degrees. In 1955, he completed his PhD in linguistics. His book on linguistics, ‘Syntactic Structures,’ was one of his earliest and most acclaimed works.

Tina Fey, born Elizabeth Stamatina, is an American writer, producer, comedian, and actress. Her most famous work is the NBC comedy series Saturday Night Live (1997-2006). She also created the popular comedy series Unbreakable Kimmy Schmidt (2015-2019), and 30 Rock (2006-2013). She had starring roles in Date Night, Baby Mama, and Muppets Most Wanted.

Tina Fey was born in Upper Darby, Pennsylvania. Her father helped universities write grant proposals and her mother was a brokerage employee. She went to the University of Virginia to study drama before moving to Chicago. After studying a Second City’s course for a few months, she auditioned for the Second City Training Center. Even though she failed, she re-auditioned a few weeks later and got in. This set her up for the success she enjoys today.

Dick Clark may not have been born in Pennsylvania, but when he first rose to fame, he was a TV personality in Philadelphia. He was born and raised in New York. His first job was at a radio station in New York. He worked through the ranks before finally getting to his position. He landed at WFIL in 1952. Dick Clark became a full-time host in 1952.

He helped the program, now known as ‘American Bandstand,’ acquire national distribution. He added lip-syncing performances, artist interviews, and ‘Rate-a-Record.’ He featured some of the biggest artists in America. Under his influence, Bandstand grew into one of the longest-lasting musical programs.

Pennsylvania has lots of intriguing sons and daughters that have gone on to earn national popularity. Many of them come from relatively humble beginnings but have now made notable contributions in their fields.

Small Changes that Can Dramatically Change an Environment

A Guide To Electrical Transformer Maintenance 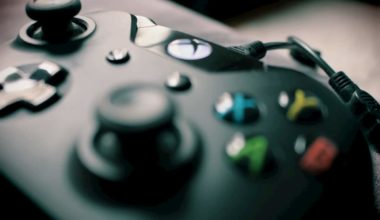 Read More
Table of Contents Here are the Tips1. Take a break2. Get in the Zone3. Learn from others4. Condition…
GGambling 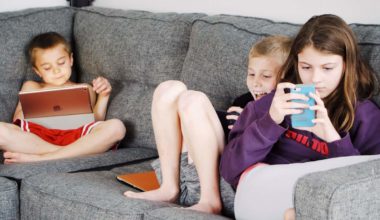 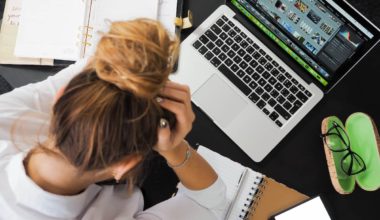 Read More
Table of Contents Follow These to Get Rid of StressEat the Right FoodHappy ThoughtsCreate Your TraditionsMeditationBreathingSecret Point Workaholism,…
WWeb Guides 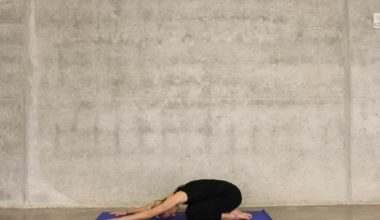 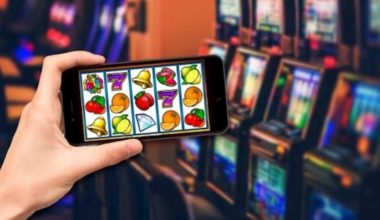 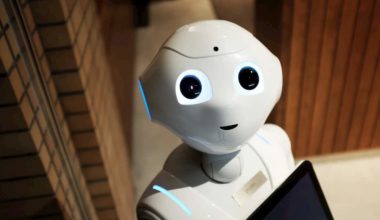 Read More
Table of Contents What is AI?How is AI Used today?GamingDriverless CarsChatbots and Customer ServiceIn Summary To not have…