Four Reasons Why Automation Will Elevate Your CLD Workflow

Cell Line Development (CLD) is the process of developing stable cell lines that are invaluable in the production of pharmaceuticals, drugs, vaccines, gene therapy, and much, much more. In the most basic of terms, CLD is the engineering of a cell’s DNA and its reproduction that allows it to perform multiple functions without losing its innate properties.

Biopharmaceuticals and GMO industries are its biggest beneficiaries, with the CLD market share being valued at $5.8 million in 2021 alone and its CAGR estimated to rise up by 10.1 percent in 2028. With such a highly speculative compound annual growth rate, this means that interest in CLD is reaching unprecedented levels.

However, what is the relevance of cell line development and why does it matter? CLD works with extremely long chains of chemicals to form proteins in minimal amounts at a time. It’s a long, labor-intensive, and complex procedure that often ends up taking a lot more time than it should.

What The Typical CLD Workflow Entails Cell line development is an exacting process with several key steps, which means that minor errors can add up to major inaccuracies in the final results. This makes CLD workflow a complex and challenging process.

The process starts with the transfection of the culture cells in order to enrich them. These cells are isolated in order to be expanded into their own colonies, where their protein production capabilities are screened in order to pick out the colonies which show the most promise.

The process then moves into the stage where their genomic stability is tested. It is only the cells that make the final cut here that are considered for further protein optimization tests. There are several of these tests that need to be conducted and the cells need to meet all necessary standards in order to be mass-produced.

This entire process collectively can take months to complete, with each step posing a certain degree of negative probability of either being tampered with or not showing the required results. This can delay the development phase significantly. In order to avoid these mishaps as much as possible and make this process much more efficient, you might want to consider automating your CMD workflow.

It Speeds Up Cloning Workflow Significantly As the steps mentioned above highlight, cloning workflow can be a needlessly lengthy procedure that can consume all the resources available to you which are better invested in other projects. The most significant of these is time itself, and these lengthy procedures can delay the progress of your research.

By speeding up your CMD workflow, automation allows you to use your resources more efficiently. It can also allow you to make the process of gathering and compiling data easier, and leave less room for errors, which also helps save valuable time.

It Reduces The Possibility Of Cross-Contamination

Cross-contamination has been a recurring problem in nearly every industry out there, be it food or biotechnology. It can pose some alarming threats to the end results, even rendering them unfit for use or further research. When dealing with bacteria and other microscopic objects, cross-contamination becomes much more common and proportionately harmful.

With disposable cartridges used in automation modules, you won’t be running the risk of allowing the cells of one sample to mix with another. Alongside this, automation takes on a very systematic approach when it comes to the handling of samples, leaving very little room for errors and cross-contamination from such errors. Cell loss can severely hinder your workflow and lengthen your timelines, and in worst-case scenarios, even lead to a massive backlog or force you to restart the process from scratch. With automation tools at hand, cell alignments within cartridges are more linear and controlled, making them more easily observable.

This ensures that cell loss is avoided throughout the stages of the workflow, and can also aid in the reduction of processing times due to superior alignment. Overall, automation is not just a quality-of-life upgrade in CLD workflow. It makes research much easier, more efficient, and more effective with its precision and mechanics.

In turn, it helps facilitate productivity, which would either be extremely difficult or downright non-viable for a manually-operated facility to operate. With automation modules taking over facilities worldwide, not only is it an increase in output but it also speeds up research on more unlettered and brand-new subjects and variants.

Looking for some more tips? If yes, then visit our blog to read more articles on career ideas, finance sectors, business tips, and much more.

Key Distinctions Between a Psychologist and a Therapist

Should Your Company Advertise Online? 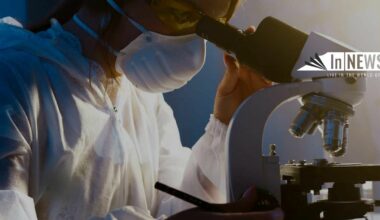