What Can Hallucinogens Do to Our Minds and Bodies?

There are a variety of drugs out there that can have profound effects on our bodies, and some of them may not be what you expect. Hallucinogens, for example, can cause changes in perception, mood, and cognition that can last long after the drug has left the body.

Some people enjoy taking hallucinogens recreationally. They might like the feelings they get from it. But what exactly do these substances do to our minds, bodies, and overall health? Let’s take a closer look.

Hallucinogens are drugs that alter the user’s state of consciousness, making them experience things that are not real. Hallucinogens can be split into two categories: Classic hallucinogens and dissociative drugs.

Some common classic hallucinogens include:

LSD: Lysergic acid diethylamide (LSD) is one of the most powerful hallucinogens. It is a clear or white odorless substance with a slightly bitter taste.

DMT: N-dimethyltryptamine (DMT) is a powerful hallucinogen found in some plants and animals. It can also be produced in labs.

Some common dissociative drugs are:

PCP: Phencyclidine (PCP) is an anesthetic drug often used as a recreational drug. It can come in a variety of forms, including powder, liquid, and tablets.

Ketamine: Ketamine is an anesthetic often used in veterinary medicine. It can be sold as a powder, pill, or liquid.

Salvia: Salvia divinorum is a plant that contains the hallucinogenic compound salvinorin A. It’s often smoked or chewed, and it can cause intense, short-lived hallucinations.

DXM: Dextromethorphan (DXM) is an over-the-counter cough suppressant found in many cold and flu medications. It can also produce psychoactive effects when taken in large doses.

How do hallucinogens work?

How exactly these substances change a person’s consciousness is still largely unknown. Researchers hypothesize that it may have to do with serotonin levels. For this reason, many consider hallucinogens dangerous.

The different types of hallucinations people can experience

Hallucinogens provide users with an experience that allows them to view the world in a completely new way. While under the influence of these drugs, people can experience a wide variety of hallucinations – ranging from visual to sensory and auditory. Visual hallucinations may involve seeing vivid colors, shapes, or even objects that don’t actually exist. Sensory hallucinations may manifest as feeling physical sensations such as bugs crawling on the skin or small animals running across the room. Auditory hallucinations are probably the most common type, including hearing music, ambient noise, or voices inside one’s head.

Whatever type of hallucination someone experiences while under the influence of a hallucinogenic drug, there is no denying it will be unusual.

The short-term and long-term effects

Hallucinogens can be an exciting and surreal experience, making them attractive to curious explorers. Unbeknownst to many, these drug trips come with immense safety risks that should not be taken lightly. While some may believe that taking hallucinogens has a mostly short impact, the truth is there are both short-term and long-term effects.

Additionally, the lasting emotional effects may range from mild confusion or sadness to profound behavioral changes such as depression and extreme paranoia. Extended use also carries a risk of overstimulating the brain’s serotonin system, which can cause permanent neurological damage leading to coma or even death by overdose.

What can make the experience worse

The experience of taking hallucinogens can be unpredictable, as the effects vary from person to person. There are certain factors that can make this experience worse, which include:

Additionally, the experience you feel can vary per use. For example, if you were to mix a hallucinogen with alcohol, you might feel fine the first time, but in subsequent use, this mix might make the experience much more intense and potentially dangerous.

The legal status of hallucinogens varies from country to country. In the United States, most hallucinogens are classified as Schedule I drugs, meaning they have a high potential for abuse and no accepted medical use.

While possession and use of hallucinogens are illegal under federal law in the US, there are some states that have passed laws allowing for the legal use of certain hallucinogens for medical purposes. For example, there was a drug with similar properties to ketamine called esketamine that the Food and Drug Administration approved as a treatment for people with severe depression who don’t respond to regular treatments. In other countries, such as the United Kingdom, hallucinogenic drugs are generally banned from possession and use. This can lead to severe penalties if someone is found to be in violation of the law.

Hallucinogens can be attractive to many because of the out-of-the-world experience one can feel, but there are many risks associated with taking hallucinogens.

The risk factor can increase the more you use hallucinogens. If you develop an addiction to hallucinogens, your body will crave higher dosages to get the same feeling, which can be dangerous and leave you with long-term mental and physical effects.

It is important to be aware of the risks before considering taking any type of drug. If you are concerned your mind or body has been affected by taking hallucinogens, it is best to reach out for professional help immediately.

How to Get Leads: A Business Guide

Women’s Must-Haves for Every Date Night 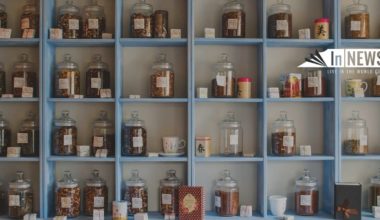 Read More
Table of Contents Why does one feel Tired Frequently in a Day?Secret Herbs that Provides You with an…
HHealth

Read More
While we are growing old, the decades of unhealthy eating and stress finally start to take toll on…