What Is Anaplasmosis In Dogs?

What is anaplasmosis in dogs? Animal anaplasmosis is a blood parasitic disease caused by intracellular microorganisms from the Anaplasmataceae family. They are a special type of blood parasite, combining features characteristic of both bacteria and viruses. This disease occurs in horses, sheep, cows, cats, and dogs, and is even diagnosed in humans.

Have You Heard Of Anaplasmosis In Dogs? As if ear infections, dental diseases, hookworms, and rabies weren’t enough already to give many pet parents sleepless nights, there is a new “star” nightmare attraction – Anaplasmosis. Many pet dogs across the US have been found suffering from anaplasmosis, especially the large dog breeds. Pet parents who are already battling Lyme disease in their pets, often report instances where their pet dogs are found exhibiting lethargy, lack of appetite, vomiting, coughing, and sometimes even having a high fever.

A lot of pet parents often make inquiries like what is anaplasmosis in dogs and what is anaplasmosis in dogs symptoms like? After reading this article, pet parents will understand what is this new but growing endemic that is plaguing pet dogs. We will also tell you what to do to avoid the chances of your pet contracting this disease. And in case your pet dog does get infected, how to quickly diagnose this disease.

This article will detail numerous aspects of this ailment and also cover some of the key anaplasmosis symptoms and most importantly anaplasmosis treatment that can be availed by pet parents.

What Is Anaplasmosis In Dogs? The bacterial organism responsible for anaplasmosis in dogs is a highly infectious bacteria called Anaplasma phagocytophilum. This particular infection is known to occur across multiple animal species especially pet animals and farm animals. Even pet cats have been reported to have contracted anaplasmosis.

Anaplasmosis however is commonly seen in dogs. If bitten by an infected tick, chances are high that your pet will get infected with anaplasmosis. The bacteria either attacks the white blood cells as if often seen in humans or goes for the pet dog’s platelets. Though anaplasmosis in dogs symptoms are known to occur between 5 and 21 days after the tick bite, some dogs do not necessarily show symptoms of anaplasmosis.

Pet parents are often worried that they will get infected because of the pets. In the case of anaplasmosis in dogs, though this disease is characterized as a zoonotic pathogen, which means it can spread from animals to humans, there are rarely any reported cases or even if there are, it isn’t serious.

However, if left untreated, anaplasmosis can become fatal for the pets. It is therefore advisable that if one’s pet dog exhibits signs of having contracted anaplasmosis then immediate corrective action needs to be taken.

How Do Dogs Get Anaplasmosis And How To Prevent It?

Now that we have understood what is anaplasmosis in dogs, we need to identify how our pet dogs contract this disease. It is often found that dogs come in contact with the bacteria-carrying ticks when walking through areas with long grass or bushes. Often such ticks are found lurking in these places and easily come in contact with our pet dogs. Another way, pet dogs might contract anaplasmosis is if infected by certain contaminated medical equipment during vaccinations or blood transfusions. However, let us reassure you that the chances of the latter are very low and need not really be considered by pet parents.

What Are Anaplasmosis Symptoms In Dogs? There really are no clear symptoms for anaplasmosis. Since the various anaplasmosis symptoms in dogs are vague and can be misunderstood to be other ailments, chances are high that anaplasmosis is left untreated. Don’t make the mistake some pet parents do thinking it is merely a phase and the pet will skip out of it soon.

Though the above symptoms are common to the flu it’s always better to get a professional opinion. Some uncommon anaplasmosis symptoms are:

There are several ways to diagnose anaplasmosis in dogs. The vet will first probably lead with a physical examination of one’s pet. It’s of utmost importance that while the physical examination is going on, you supply the vet with valuable information about the routine of the pet and whether there are chances that the pet did come in contact with infected ticks.

Once the physical examination is done, the vet to get a better diagnosis would suggest going in for either of the following tests. There are special test kits available at most veterinary clinics for the same. To help identify whether the pet is indeed suffering from anaplasmosis, the vet would use any of the following tests:

It’s often advisable to make the pet undergo any of the above tests just to be sure it’s free of infection.

Many pet parents often refuse or defer treatment despite the dogs getting infected but not showing signs of being sick. Usually, this occurs when the immune system of the dogs is strong enough to withstand the infection and to even thwart the bacteria. Though there are no conclusive studies of dogs falling ill after a certain duration post-infection, it’s extremely important that one goes in for a second opinion and do what the vet suggests. This is to prevent any cases of clinical illness in the infected pet dogs.

What Are Various Anaplasmosis In Dogs Treatment That Can Be Availed? Once the pet is diagnosed with anaplasmosis, it’s of paramount importance that the pet parent immediately avails of the treatment regime. Anaplasmosis in dogs can be treated with antibiotics such as Doxycycline, Minocycline, Tetracycline, and Chloramphenicol.

The course duration is usually two to four weeks and the pets show signs of recovery within 48 hours of treatment sessions. However, if it is a serious condition or if there is a chance of co-infection then maybe the recovery process will be slightly delayed.

Pet parents should be aware of the fact that even if the anaplasmosis in dogs treatment regime is completed and the dogs show signs of full recovery, they might still be carrying some infection. Hence on repeat testing, chances are high that the results will come out positive.

This is quite common and need not be worrisome. What can be done is that the pet is made to undergo a subsequent round of antibiotic therapy to remove the infection completely. Once the pet undergoes the second round the test results often come back negative.

The reason why immediate corrective actions are advisable is that if left untreated, pets have been known to contract serious conditions like renal failure, hemorrhage, and even neurological problems.

Before we conclude, we would also like to highlight an alternative treatment for anaplasmosis. This is natural anaplasmosis in dogs treatment owing to the chances of potential health problems due to an overdose of antibiotics, pets are known to develop urinary tract infections and candida. Hence an alternative treatment involving antimicrobial formula which has ingredients such as echinacea, and thyme among other ingredients have shown positive results.

In conclusion, keep an eye out for your pet exhibiting any of the common symptoms of anaplasmosis such as lethargy or loss of appetite. If the pet is uncharacteristically looking low on energy and has developed bowel-related issues, immediately book an appointment with the vet. If treated on time, pets get quick relief and recover in a couple of days. If treatment is prolonged and timely help is not sought, then pets have often ended up having low immune systems and developing serious health complications. Anaplasmosis in dogs therefore shouldn’t be treated lightly by pet parents.

Cat Throwing Up Undigested Food? Here's What To Do 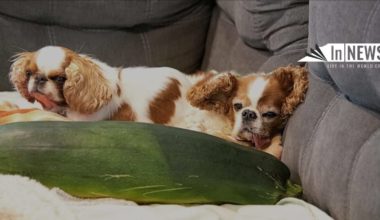 Read More
Table of Contents Can Dogs Have Zucchini?Digestion Of ZucchiniIt’s High In NutrientsAids In Weight LossHow Do You Feed…
PPets 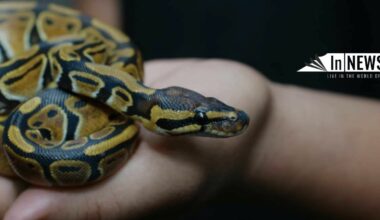