What Is The Smallest Breed Of Cat?

The domestic cat (Felis catus) is a tiny carnivorous animal. It is the only domesticated species in the Felidae family and is often known as the domestic cat. From the smallest breed of cat to the rarest, cats have been found in studies to give emotional support, boost moods, and add to their owners’ overall morale.

Cats are also attributed for encouraging socializing among the elderly and those who are physically or intellectually challenged. These feline critters are kept in about 40 million households in the United States. Cats and humans first interacted 10,000 to 12,000 years ago in the Fertile Crescent.

In this geographical location, some of the early breakthroughs in human civilization happened (encompassing modern-day parts of West Asia). Over thousands of years, a new species of cat arose that naturally lived near humans: Felis catus.

Pet, stray, and feral cats are all members of the domestic cat species today. A stray cat is a cat that lived indoors and was socialized with people at some time in her life but has since departed or been abandoned.

The first known link between cats and people may date back to the beginnings of agriculture in the Middle East, some 9,500 years ago. In southern Cyprus, a cat skeleton was excavated beside a human skeleton from that historical period.

Cats equivalent in size to modern domestic cats were discovered in China around 5,300 years ago, feeding on tiny grain-eating animals. The ancient Egyptians likely collaborated with the cat because they recognized its importance in defending granaries from rodents. Cats were worshipped, mummified, and sometimes even clothed in gold jewelry to show the rank of their owners in ancient Egypt.

Egypt became a province of the Roman Empire in 31 BC. Cats were introduced into Roman civilization and spread over Europe by the 4th century AD. 4 The reduced skull of domestic cats nowadays may be seen in a cat skeleton from this time. 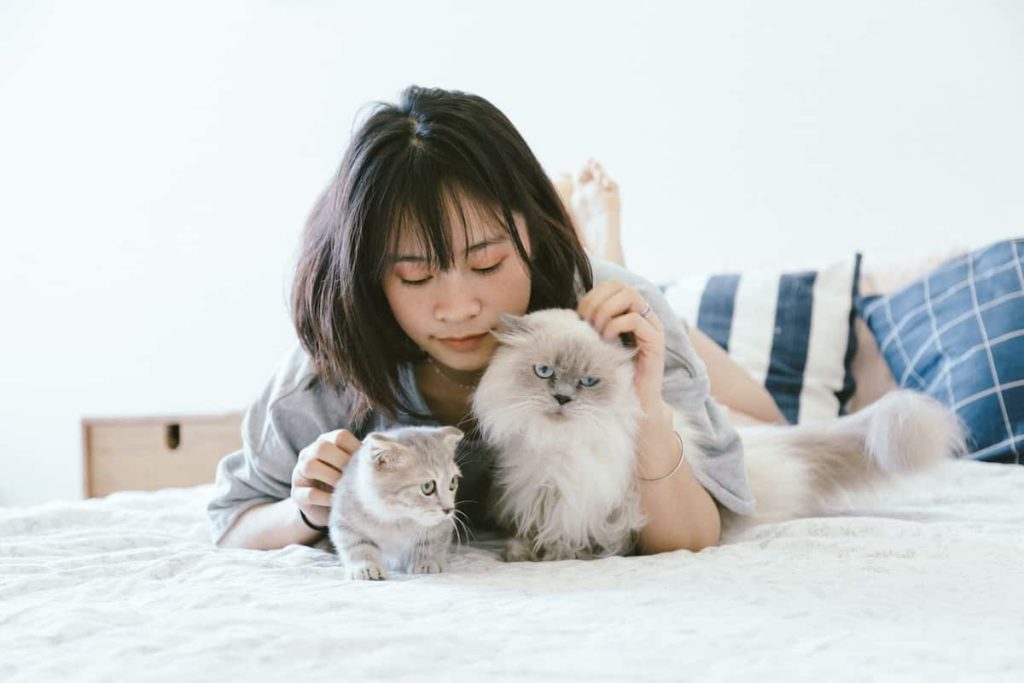 The human-cat connection is an interesting one. Several studies have found that cats establish attachments to their humans. However, the impact of these pets on human health is largely tied to the amount of time and effort the cat owner is willing to put into connecting and playing with them.

Some cats, known as “therapy cats,” are taught to assist sick people in a medically useful fashion, allowing them to benefit from the human-animal connection for relaxation and healing. Therapy cats have been employed as companions to assist individuals recovering from strokes, high blood pressure, anxiety, or despair.

Therapy cats have also been utilized as companions in juvenile detention facilities, as well as for children with developmental impairments and language, speech, and hearing issues. Therapy cats are frequently employed in hospitals to help youngsters who are undergoing treatment.

Cats vary significantly in size and breed; A cat might be domestic, purebred, or hybrid. Domestic cats lack a pedigree history of their ancestors, whereas purebred cats do. Domesticated cats that have been crossbred with wild feline types are known as hybrids. 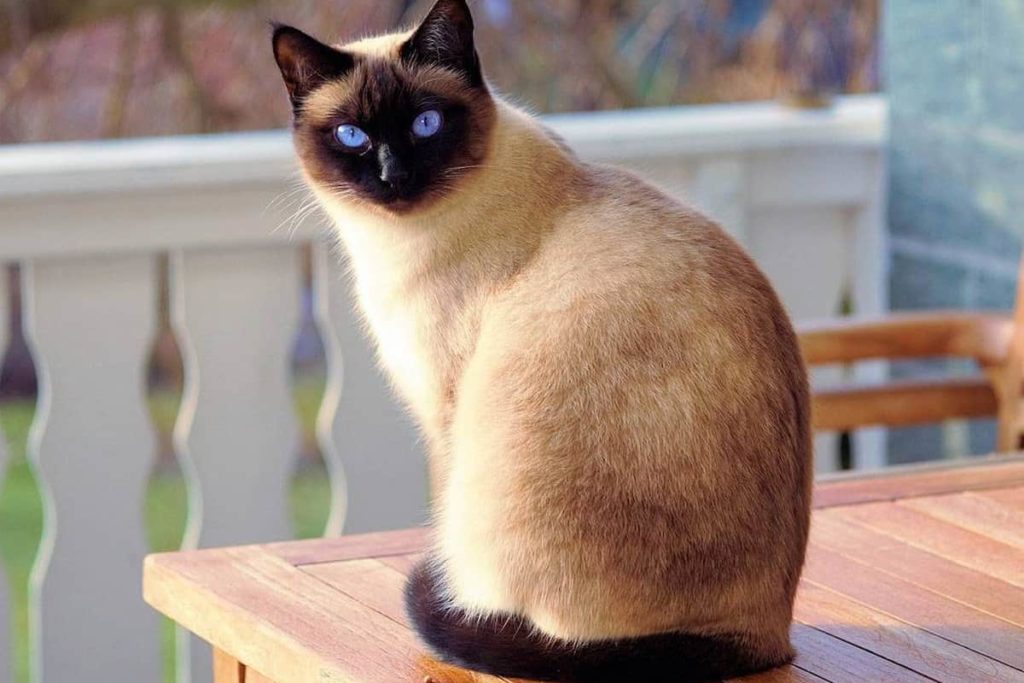 Thailand is where Siamese originated (formerly known as Siam). The Siamese is the parent breed of the Oriental shorthair, sphynx, and Himalayan. Most Siamese cats have characteristic markings known as “points,” which are colored spots on their forehead, ears, paws, and tail. If you want to learn more about these cats, you can also take a look at this blue point siamese.

The Siamese cat is a bright, clever feline with a gorgeous look and engaging attitude, attracting fans everywhere he goes. These cats are said to be “dog-like,” and they adore human interaction. However, Siamese cannot be regarded as the Smallest breed of cat as they vary in size.

Ragdoll cats got their nickname from their charming personality. When pulled up, they tend to fall limp, much like a rag dolls. Ragdolls resemble long-haired Siamese cats with distinct color patterns.

Ragdoll cats are huge semi-longhair cats with beautiful silky coats and sparkling blue eyes. The average Ragdoll Cat stands between nine to eleven inches tall and has a body length of about seventeen to twenty-one inches.

An average Ragdoll Cat weighs between eight and twenty pounds and lives for 12 to 15 years. Ragdolls vary greatly in size, but they cannot be regarded as the smallest breed of cat because they are found in large sizes mostly.

With an owl-like appearance due to folded ears falling to the front, the Scottish Fold is a domestic cat breed that has peculiar ears due to its genes. Scottish folds, which resemble the American Curl, can be longhaired or shorthaired and come in a variety of colors and patterns.

The smallest breed of cat is the apple of everyone’s eye. We all enjoy owning a cute little kitten, and many of us wish we could stay that little forever.

Fortunately, certain tiny cat breeds remain little even when fully grown. In their own right, all cats are lovely. But we’ve gone ahead and increased this list of the smallest breed of cats, weighing no more than 10 pounds.

Tiny cat breeds have a specific personality type that makes them ideal for families, other than being incredibly cute and super little.

Below we will be discussing the smallest breed of cat and their adorable traits. 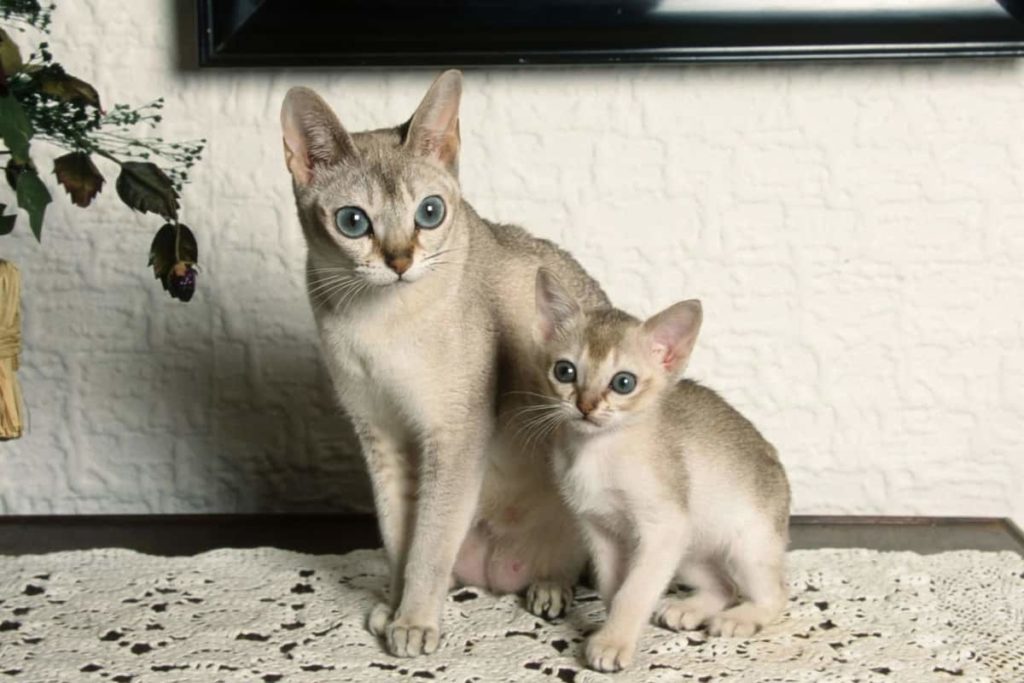 But don’t be fooled by the Singapura kitten’s little appearance; Singapura kittens are highly nimble and excellent climbers! Furthermore, they are the ideal companion if you want a loving kitten since they like nothing more than snuggling on your lap and being petted.

The Munchkin, named after the magical folk in The Wizard of Oz, is a well-known smallest breed of cat. Their diminutive stature is the result of a gene mutation that causes them to have small dumpy legs that are substantially shorter than usual, making them fall in the category of the smallest breed of cat.

These petite cat breeds may not be as tall or as far as the normal cat, but they are extremely swift and energetic. 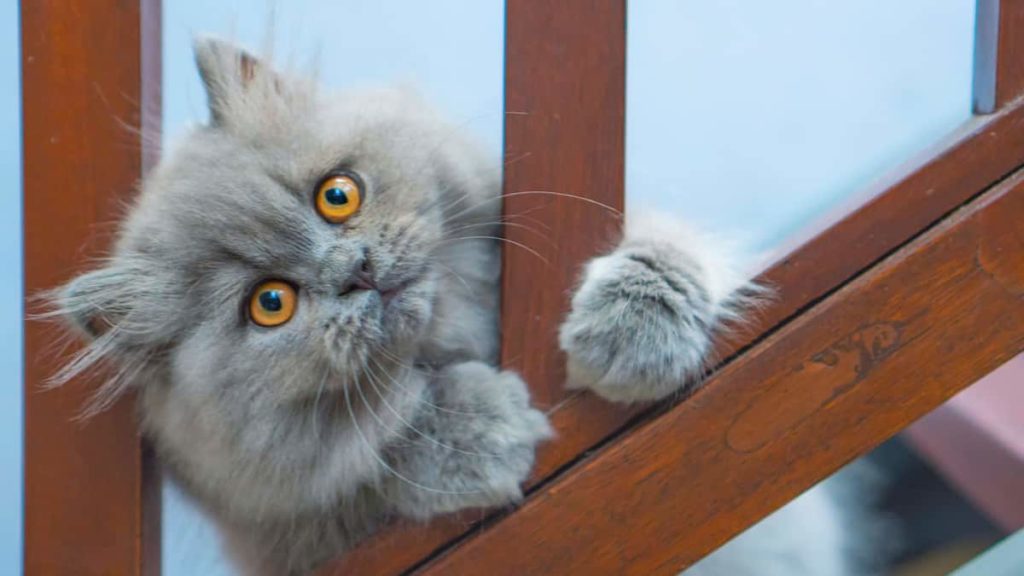 They are on the bigger side of the smallest breed of cat range, weighing between eight and twelve pounds for females and up to fifteen pounds for males.

Often known as Shiraz cats (after a city in Iran), they have lovely, long fur coats and small bodies making them fall under the smallest breed of cat. They may be practically any color and have a flatter face than most other cat breeds. Persian cats were listed as the world’s fourth most popular cat breed.

Persian cats were originally embraced by the English and subsequently mostly by American breeders following WWII.

The Cornish Rex falls under the smallest breed of cat, distinguished by its exceptionally curly hair. They are a hypoallergenic cat breed since they don’t shed much and have just down hair that is incredibly soft to the touch. Whereas their bodies appear slim, they only weigh about 8 pounds and retain their beautiful kitten-like appearance and attitude indefinitely.

With Black-foot and wild species with historical records. The rusty spotted cat pet has short, brownish grey hair that is tinted with reddish. Two black streaks on each cheek and four dark stripes going from above the eyes rearward through the ears and to the shoulders distinguish the face.

Cats Are A Natural Part Of Our Environment

The smallest breed of cat or the biggest breed, they have always lived and flourished outside throughout human history.

We have just lately begun to use reproduction control measures such as spaying and neutering to bring them indoors. Bring the outdoors to them by utilizing canned food and litter boxes to meet biological demands acquired through thousands of years of outside existence.

Accepting and recognizing this fundamental truth is critical to understanding and treating these creatures. This is not only beneficial to the cats, but it also performs a fantastic job of balancing the demands and concerns of the human communities where many wild cats reside.

Although human civilization and domestic cats co-evolved, humans did not originate with the wild cat population. Cats have been living outside for a long time—they are not new to the environment, and they did not appear as a result of lost pets or neglectful pet owners.

They do, however, have a place in the natural landscape. It is a well-thought-out, balanced strategy to assist in the improvement of coexistence between outdoor cats and people in our shared environment. This is why it is being adopted by so many places.

If you want to know more crucial info about cats such as how long can they go without food, how you can properly care for them and how to keep them healthy, visit our blog.

Don’t be sad if you are a dog person. You can get tons of articles on various dog breeds like English Mastiffs, German Shepards, Bulldogs, Hug dog breeds, and many more.

3 Ways Lawyers And Attorneys Can Market Themselves Better Online

The Importance of Good Online Security 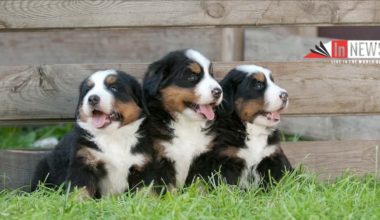