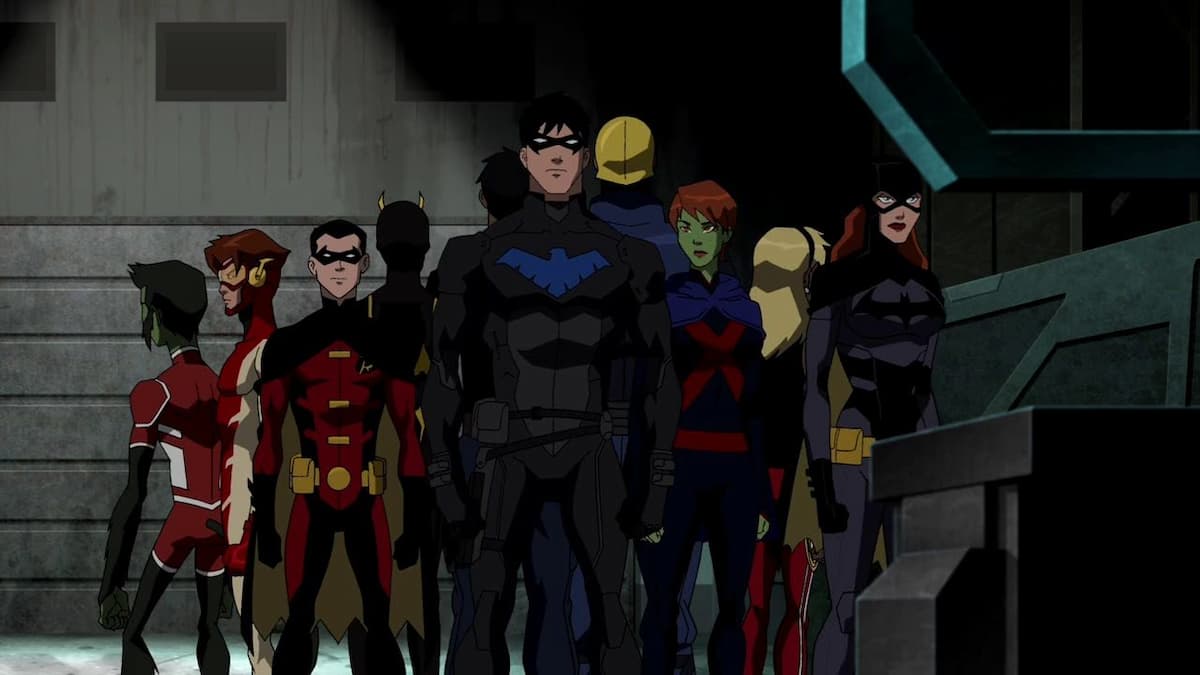 In Young Justice season 4, we will see a young superhero team led by Robin but up till now fans of Young Justice don’t know fully what Young Justice: Phantoms is all about but its release date is set for October 2021.

It was way back in the year 1940 already when the world was introduced to new comic-book superheroes. Some of them were among others, Hawkman, Dr. Fate, Green Lantern, Green Arrow, and Aquaman. It was not much later that superhero subcategories also started emerging, like junior superheroes who received mentorship from main superheroes.

Teenage Young Justice is an American animated TV series developed by Greg Weisman and Brandon Vietti for Cartoon Network. In spite of the title, it’s not a direct adaptation of Todd Dezago, Todd Nauck, and Peter David’s Young Justice series, but an adaptation of the entire DC universe with the main focus being the young superheroes. The series was canceled in 2013 after two seasons. In 2019, the series returned to DC Universe, a streaming site with series and movies based on DC comics, with the third season called Young Justice: Outsiders Superheroes. And now it’s time for season 4. 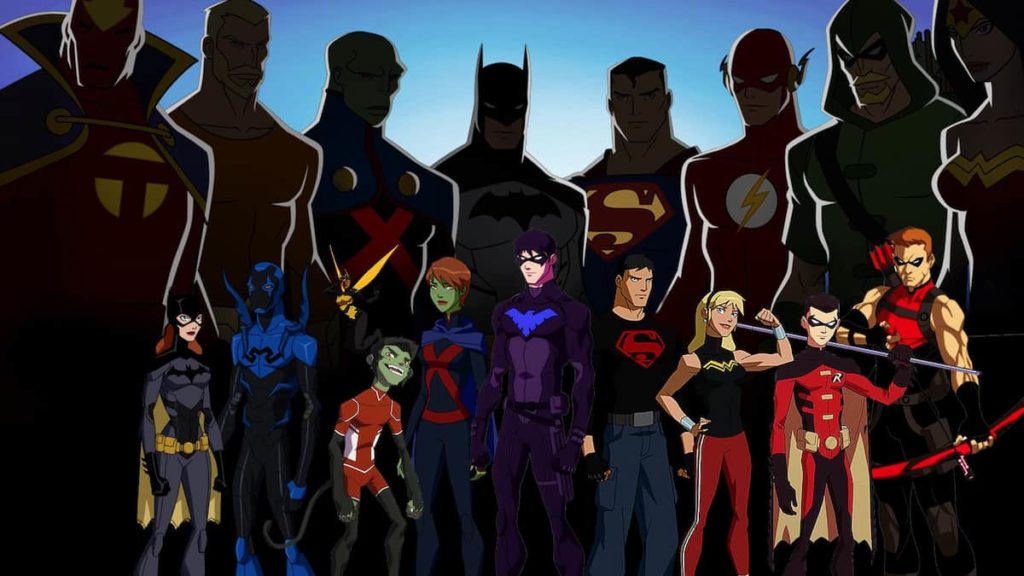 Superheroes have always delighted and entertained us, so it is a small wonder that nearly a century later, we are still seeing more modern superheroes. Young Justice season 4 is also a superhero animated TV series that has been developed by Brandon Vietti and Greg Weisman.

The superhero series focuses on the teenage years of superheroes from the DC Universe. The mission of the Young Justice characters in the 4th season is to conduct secret projects for the Justice League. Superheroes such as Superboy, Miss Martian, Aqualad, and Kid Flash all work together to carry out these missions.

DC comics have provided plenty of entertainment and all the superheroes have fans that appeal to their unique personalities, whether it’s the villains or some good characters. DC has also released movies and series and Young Justice is a brought-back-by-popular -demand series.

Young Justice Has An Impressive Timeline 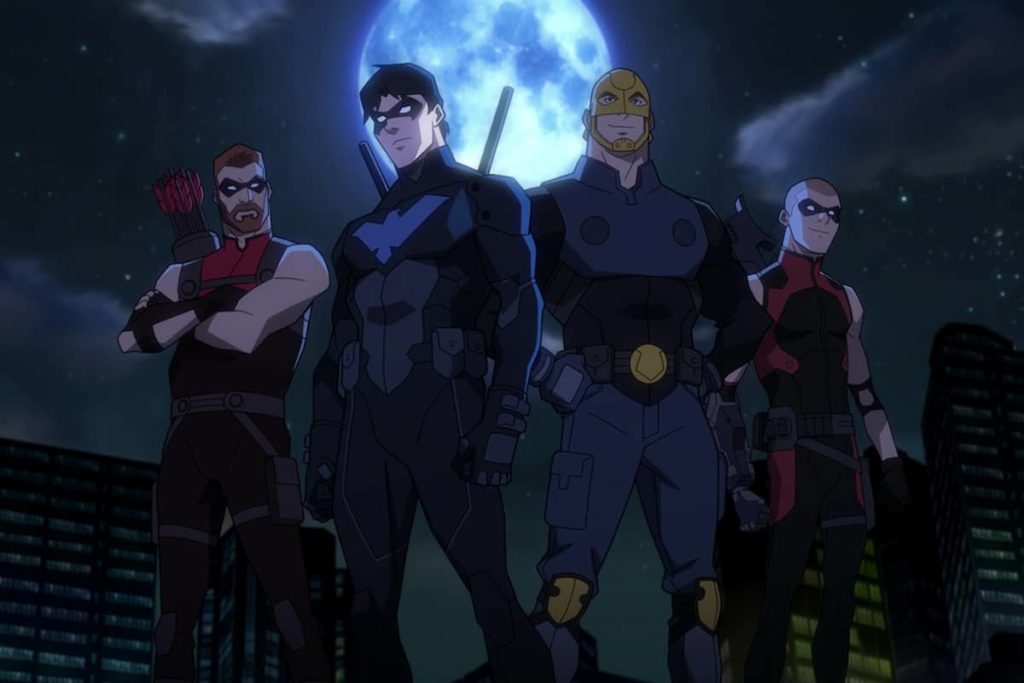 The Timeline of the Young Justice series is quite interesting and vast, taking place in Earth-16 of the DC Multiverse. One of the producers of the series, Greg Weisman, keeps a timeline document that the producers use while creating the series. It is mind-boggling that already in December 2010, the document was 139 pages long. For season one, the series started in January 2011 but the first 2 episodes aired in November 2010. Young Justice aired on Cartoon Network’s DC Nation block from 2020 to 2013, being produced by Brandon Vietti and Greg Weisman. The show follows the lives of a group of teenage sidekicks, delegated by the Justice League.

Young Justice took place in a universe separate from the main timeline. This allowed for different interpretations of characters and also the introduction of new ones. It has been immensely popular and in December 2011, it earned the 20th spot on Top 25 Comic Book Shows of All Time by IGN. 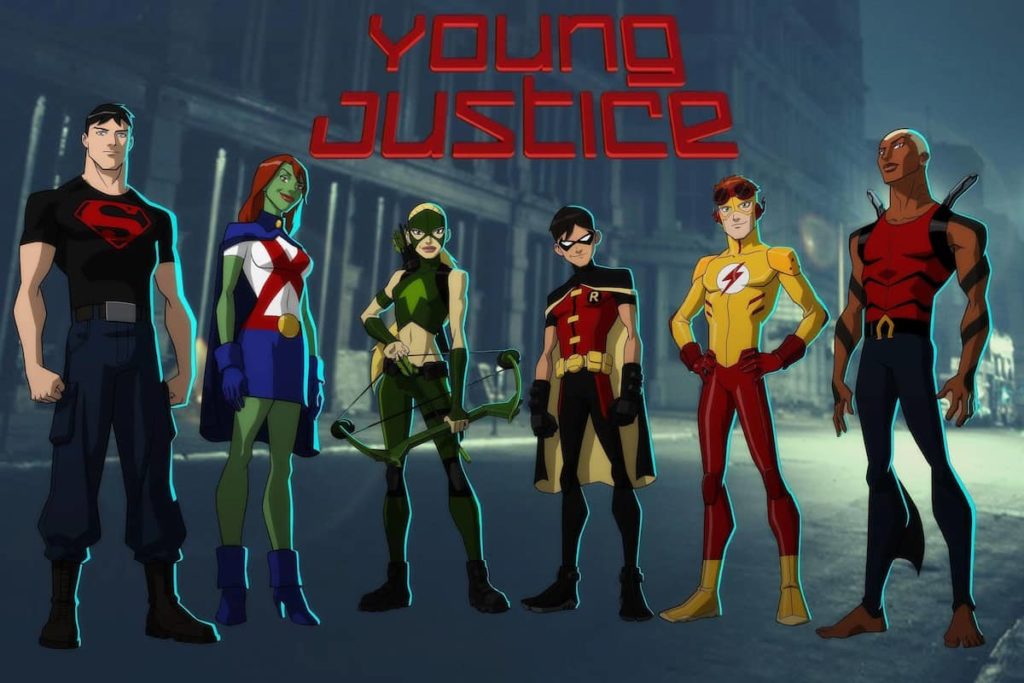 The series of Young Justice has always been acknowledged for its fascinating storylines and it was one of the highest-rated shows on Cartoon Network. The first season premiered in 2011 with the arrival of Aqualad and Artemis. The 2nd season, Invasion, premiered in 2012 with lots of new characters.

It was in 2016 that Weisman commented about the possibility of a 3rd season. Season 3 was called Outsiders with Young Justice characters being Girl Thirteen and Forager from New Gods.

The storyline for Young Justice season 4 is not 100% revealed yet, but there is a bit of a clue that comes from the name – Young Justice: Phantoms. So, people have reason to believe that the series has a bit of a supernatural element too. Some people suspect that it is referring to characters who appeared in the previous series but who have died.

At the end of series 3, we also saw that the Legion of Superheroes was about to make an appearance.

This alternative super-team has been seen in the likes of Smallville and Supergirl and is made up of a team of teenage superheroes. Young Justice season 4 could then include the Legion of Superheroes. They are able to travel through time if necessary. Season 3 also hinted as to the return of Red Hood so who knows what characters will play roles in the upcoming season.

Superheroines also began to make their appearances such as Wonder Woman, Lady Luck, the Woman in Red, Black Cat, Phantom Lady, and others. Some of these amazing characters have superpowers too which they got from some or other bizarre, scientifically based occurrences. They often hide their identities by wearing masks, capes, and costumes. They all had one mission – to fight crime and bring about justice.

It is why Young Justice season 4 is so similar as the American animated television series is going to be popular with the youth of today as it follows the lives of teenage superhero sidekicks. They belong to a fictional superhero team referred to as The Team. The series is all about their relationships with their Justice League mentors.

The story of this animation is essentially about the superhero. It is not quite the same as the other DC Universe movies such as Titans which follows the main DC superheroes. Young Justice is about a teenage superhero who wants to save the world from villains and from evil. The characters in Young Justice season 4 have a difficult time managing their superhero life and their personal life. 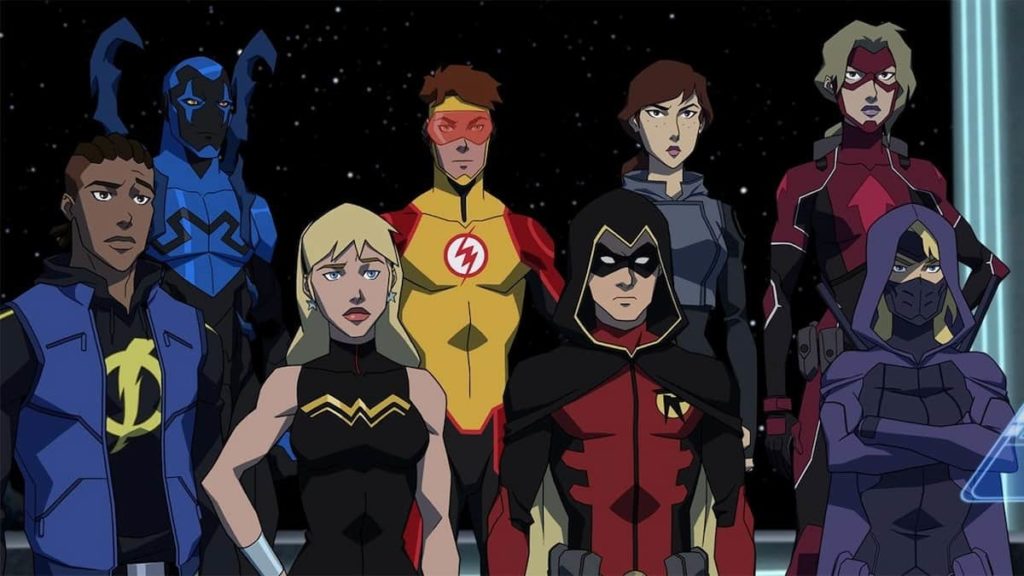 The Young Justice season 4 release date has been set for 21st October 2021. There will be 3 episodes released all at the same time and then 10 other episodes released each week after that. The season is made up of 2 parts with the first part making its debut on 21 October.

Wondering about the Young Justice cast? You have to be careful how superhero characters are being cast because these characters are role models to many kids and even some adults. Adults go to fancy dress parties and they carefully choose which superhero they want to go as.

So the question is, who is the cast of Young Justice season 4? Are they the same cast from the previous series? To give you a bit of an idea of the cast lineup –

We have seen with new seasons of Young Justice that there are always going to be yet more heroes and villains coming in. People do not want to give away information and spoil it for others but there is a lot of speculating on who the cast will be.

It is a safe bet though that the main cast of characters from past seasons will be in Young Justice Season 4. That includes the likes of Dick Grayson/Robin/Nightwing who is Jesse McCartney. Dick Grayson is the DC comic character, Robin. He is Batman’s apprentice and very tech-minded.

You’ll find him always busy with technology. Others are Conner Kent/Superboy who is Nolan North. Artemis Crock is based on the character of Green Arrow and Stephanie Lemelin is the voice in this character. With each new season, you find new members. DC Comics has a large roster with plenty of characters available to come onboard.

Vietti and Weisman have said that Young Justice season 4 will focus on fewer characters – a smaller group – specifically the characters that have been favorites with fans going right back to season 1. Weisman also revealed that the Young Justice Season 4 will consist of 26 episodes.

It was at DC FanDome that Vietti and Weisman announced that the season will be known as Young Justice: Phantoms. Weisman went on to say that Young Justice was being worked on from home. All the voice recordings have been done individually with voice actors as opposed to group sessions. Weisman has also provided plenty of updates on the production of Young Justice season 4. He has done this on Twitter, announcing that by November 23, all 26 scripts were finished and that 22 episodes were also fully recorded. He said that the last 4 were partially recorded.

It was Studio Mir that was animating the season. This is a South Korean animation studio. If you are wondering who they are, they did work on The Legend of Korra. They also did work on the 4th season of The Boondocks, and quite a few others such as the Netflix series Voltron: Legendary Defender. Now there is Young Justice season 4 ready to premiere on 21 October 2021. 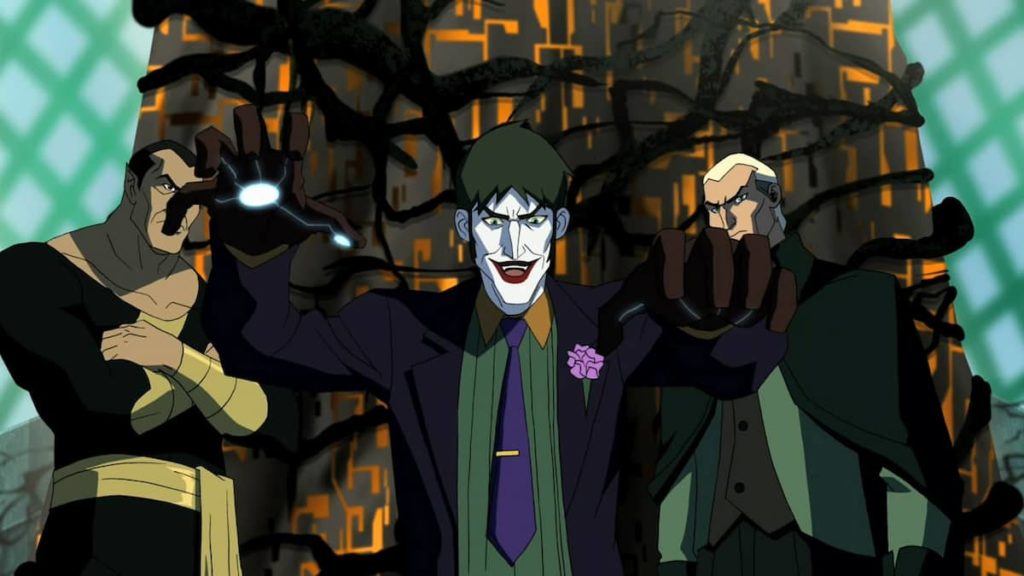 It has been about 2 years already that it was announced that the 4th season of Young Justice was on its way with the title Young Justice: Phantoms. Everybody loves a villain so it makes sense that people want to know something of the Young Justice villains they can expect to see. Previous enemies have included the likes of Vandal Savage, Lex Luther, and Mongul among others.

But there are other villains, particularly because Batman has lots of enemies of which you can say that Killer Croc is one of the more menacing. The gigantic crocodile man is the epitome of brutality and he has no qualms of killing for pleasure. The Young Justice team will have their hands full dealing with the likes of such a brute.

The Penguin is also a villain that is ongoing trouble, a bad guy with the obsession to be accepted by high society, something that he has never achieved.

There is also Maxwell Lord who is a businessman and villain and who is an ongoing thorn in the side of most of the heroes. The Young Justice team has already had to contend with quite a few run-ins with Lex Luthor in the past but taking on Lord is going to prove to be something entirely different as he is ruthless and capable of making the entire team doubt themselves.

One of the other Young Justice villains is Cheetah who has always been in DC Comics and an enemy of superhero Wonder Woman. She has also been the enemy of Superman and Batman. The cheetah is a terrifying creature but of high intelligence.

Young Justice, the American animated web series, just had to come with the 4th chapter of this series. Young Justice season 4 has scarcely been announced and yet fans are already talking about the possibility of a season 5. The DC Universe so far has not suggested anything about this. 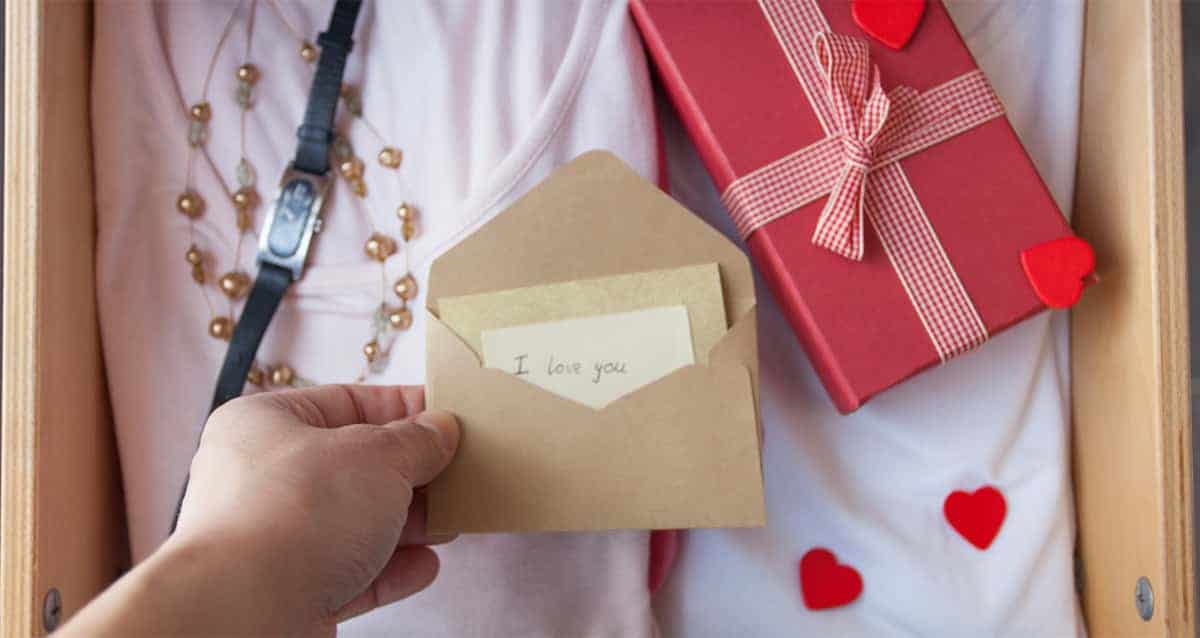 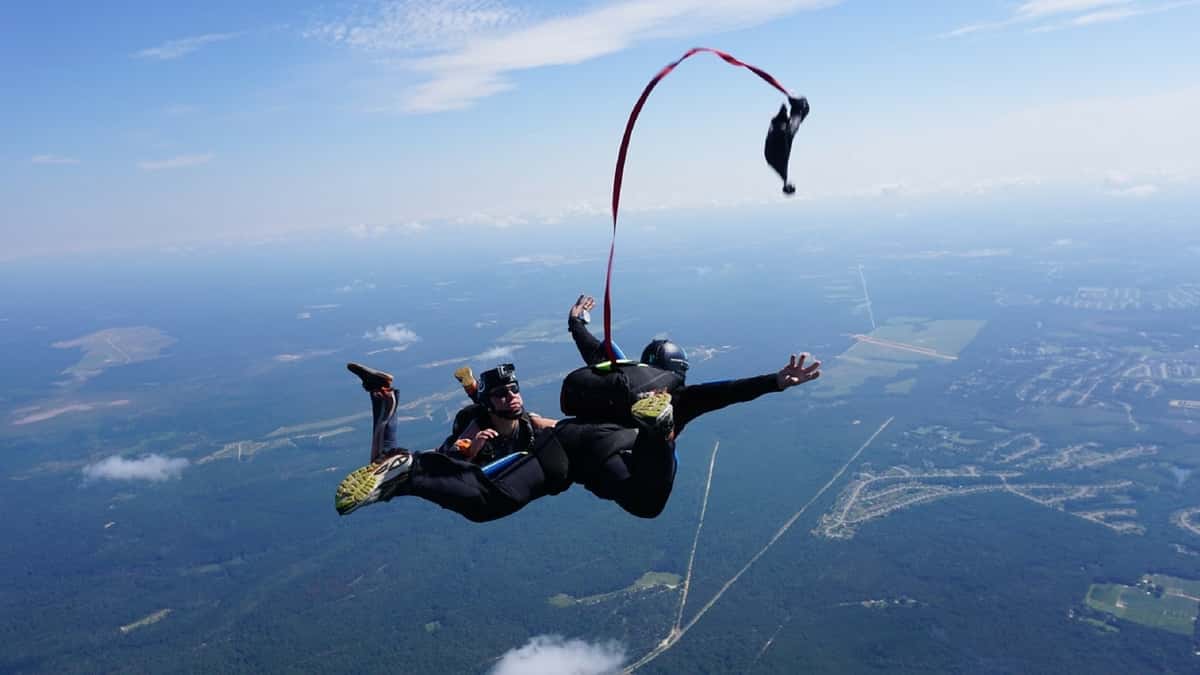 Read More
Knowing when to go skydyving is really important to many professional skydivers. Read on to learn what is the best time of day to skydive.